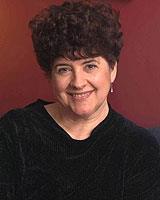 My current research concerns the work of memory during post-conflict interventions. My book in progress, Disarming Justice, Demobilizing Memory: Producing "Post-conflict" Life in Sierra Leone, examines the emergence of new forms (and new contradictions) of memory through engagement with Sierra Leone's Truth and Reconciliation Commission (TRC). I locate the TRC's practice of "truth telling"—the recounting of memories of violence—within the liberal project of international peacebuilding. Through truth telling, for example, individuals are encouraged to assume responsibility for a national vision of progress toward reconciliation, peace, and democracy. I also locate this memory work within an opaque and unpredictable post-conflict economy. In Sierra Leone, people sought to redirect the TRC's planned route from truth telling to national peace through a path of labor and reciprocity. This re-routing has a significance that extends beyond the clear need for economic justice and reparations. It reframes transitional justice within participants' struggles for "post-conflict" lives and struggles that inflect not only the work of memory but also the meanings of "justice" and "peace" long after transitional justice mechanisms have been dismantled. This publicly engaged scholarship builds upon my co-edited volume with Lars Waldorf and Pierre Hazan, Localizing Transitional Justice: Interventions and Priorities After Mass Violence (Stanford University Press, 2010). Here, the editors and contributors examine the challenges that "local" engagements pose to the transitional justice paradigm, and critically address the discourse of locality in transitional justice itself.

My current work also builds on my earlier exploration of memory in Sierra Leone through the lens of the slave trade. In Memories of the Slave Trade: Ritual and the Historical Imagination in Sierra Leone (University of Chicago Press, 2002), I examine the ways in which layered historical experiences are made present in ritual ideas and practices. Through the sedimentation of "palimpsest memories" from different historical periods, each of which shapes the next, memories of the slave trade are made to speak to present experiences of marginality and extraction even as they are reworked by these.