The Russell L. Carpenter Fund for Teaching and Research in Biology at Tufts University is a fitting tribute to Bud. These students represent the same spirit of discovery and passion for science that Bud Carpenter embodied. 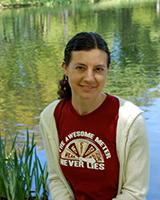 Danae Schulz, A04
Back in 2002 I was lucky enough to receive the inaugural Carpenter Internship, which allowed me to spend a summer conducting genetics research in the lab of Dr. Catherine Freudenreich. At the time, I had an inkling I might want to go on to do research full time, but I wanted to make sure by doing a test run, getting my feet wet in a bona fide research lab, an altogether different beast from the sorts of experiments one does in lab classes.

The first few days proved incredibly challenging; I had no idea how to do anything and nearly everything confused me, despite having taken an entire course on genetics. After a week I was seriously thinking of bailing. I stuck with it however, and by week three I was up and running with an exciting research project of my very own. By week 10 I was hooked. Despite all the associated frustration with the daily trials and tribulations of doing experiments that often fail, the feeling of gratification in finding something truly novel surpassed all my expectations.

I continued to work in Dr. Freudenreich's lab for an additional two years and, upon graduating, entered a Ph.D. program at the University of California, Berkeley in Molecular and Cell Biology. Having just filed my dissertation, I am looking excitedly forward to starting my postdoctoral work at Rockefeller University in New York. 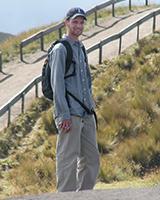 David Strochlic, A06
Receiving the Russell Carpenter Research Internship in 2004 was an integral part of my Tufts experience, and, ultimately had a profound impact on my career. I worked in the laboratory of Professor Michael Romero throughout my four years at Tufts. While Dr. Romero was able to support me from his grant for the summer after my freshman year, it was the Carpenter Internship that allowed me to continue in the lab during the summer following my sophomore year.

That summer was critical to my development in the lab – I designed and initiated a research project that I ultimately worked on throughout my final two years at Tufts. These experiments resulted in two publications in peer-reviewed journals, presentations at local and international conferences, and pushed me toward a career in academic science.

After working as a research technician for two years at the Dana-Farber Cancer Institute, I enrolled in the Ph.D. program in Neuroscience at Harvard University, where I am currently a second year student. I am studying how the brain controls body weight and food intake.

Since this was written in 2010, David has received his Ph. D in 2015. He is now working at Biogen, a biotechnology company. 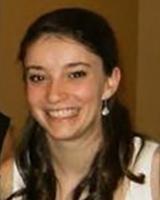 Lauren Verra, A10
I received the Carpenter Internship in the summer of 2009. As I write this, I am about to graduate from Tufts in a few weeks, and I will be applying to medical school this summer, 2010. I am also currently seeking a job working in a clinical research setting for next year. The Carpenter award was a very important part of my undergraduate experience because it allowed me to get a large portion of my thesis research completed before senior year.

I defended my thesis a few weeks ago, and I received the highest thesis honors and a grade of A+. My research experience so far has also been invaluable in getting my foot in the door for job interviews. Last summer was one of my favorite summers during college, and I really appreciate the opportunity given to me by this Internship. 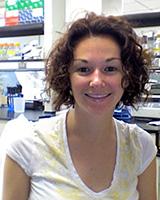 Cailin Joyce, A06
I developed an interest in science at an early age, and knew that I wanted a career in genetics. So when I applied to Tufts, I paid a visit to the Biology department where I met Dr. Catherine Freudenreich. I admired her research accomplishments and hoped to work in her lab as an undergraduate. As a sophomore she granted me that opportunity. I began researching a handful of genes that were thought to be important for maintenance of repetitive DNA sequences. About a year later, as my project picked up speed, I decided to apply for the Carpenter Internship.

This Internship allowed me to spend the summer at Tufts focusing entirely on research, an experience that was instrumental in my decision to pursue research as a career. During my senior year at Tufts, I finished up my coursework, completed my senior honors thesis in Catherine's lab, and was accepted to the Ph.D. program in Molecular Genetics and Genomics at Washington University in St. Louis.

I am currently in my 4th year of graduate school, studying the role of small RNAs in the inflammatory skin disease psoriasis in Dr. Anne Bowcock's lab. I expect to earn my Ph.D. in the next few years, at which time I would like to pursue a career in academic research and teaching. Ultimately, I'd love to follow in Catherine's and Dr. Carpenter's footsteps and end up at a great university like Tufts.

Cailin has earned a Ph.D in molecular genetics and genomics from Washington University in St. Louis in 2012. She currently works at the Dana-Farber cancer institute as an instructor in medicine.