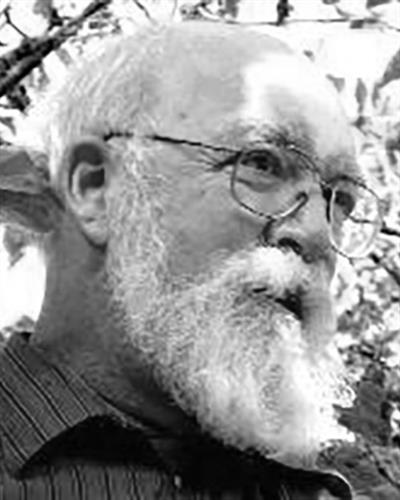 Daniel C. Dennett, the author of Breaking the Spell (Viking, 2006), Freedom Evolves (Viking Penguin, 2003) and Darwin's Dangerous Idea (Simon & Schuster, 1995), is University Professor and Austin B. Fletcher Professor of Philosophy, and Director of the Center for Cognitive Studies at Tufts University. He lives with his wife in Maine, and has a daughter, a son, and five grandchildren. He was born in Boston in 1942, the son of a historian by the same name, and received his B.A. in philosophy from Harvard in 1963. He then went to Oxford to work with Gilbert Ryle, under whose supervision he completed the D.Phil. in philosophy in 1965. He taught at U.C. Irvine from 1965 to 1971, when he moved to Tufts, where he has taught ever since, aside from periods visiting at Harvard, Pittsburgh, Oxford, the École Normale Supérieure in Paris, the London School of Economics and the American University of Beirut. He is currently a member of the external faculty of the Santa Fe Institute and New College of the Humanities in London.

His first book, Content and Consciousness, appeared in 1969, followed by Brainstorms (1978), Elbow Room (1984), The Intentional Stance (1987), Consciousness Explained (1991), Darwin's Dangerous Idea (1995), Kinds of Minds (1996), and Brainchildren: A Collection of Essays 1984-1996 (MIT Press and Penguin, 1998). Sweet Dreams: Philosophical Obstacles to a Science of Consciousness, was published in 2005 by MIT Press. He co-edited The Mind's I with Douglas Hofstadter in 1981. He is the author of over four hundred scholarly articles on various aspects on the mind, published in journals ranging from Artificial Intelligence and Behavioral and Brain Sciences to Poetics Today and The Journal of Aesthetics and Art Criticism. His most recent books are Intuition Pumps and Other Tools for Thinking (Norton, 2013), Caught in the Pulpit: Leaving Belief Behind, with Linda LaScola (Amazon.com, 2013), and From Bacteria to Bach and Back: The Evolution of Minds (Norton, 2017).

He gave the John Locke Lectures at Oxford in 1983, the Gavin David Young Lectures at Adelaide, Australia, in 1985, and the Tanner Lecture at Michigan in 1986, among many others. He has received two Guggenheim Fellowships, a Fulbright Fellowship, and a Fellowship at the Center for Advanced Studies in Behavioral Science. He was elected to the American Academy of Arts and Sciences in 1987.

He was the Co-founder (in 1985) and Co-director of the Curricular Software Studio at Tufts, and has helped to design museum exhibits on computers for the Smithsonian Institution, the Museum of Science in Boston, and the Computer Museum in Boston.

In 2014, after more than forty summers hobby farming in Maine, he sold his farm and bought a house on an island in Maine, where he can pursue less strenuous activities while continuing his research.
Read More Career Highlights / Publications Research Professional Activities Courses / Teaching Activities