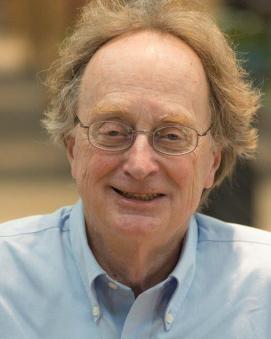 William "Bill" Oliver, professor emeritus at Tufts University and an enthusiast for experimental explorations of elementary particle physics, died of cancer at his home in Weston, Massachusetts, in the evening of July 14, 2020, surrounded by his family. He is survived by his wife of 45 years, Winifred Li, three children, and several grandchildren and other relatives.

Bill was born on December 23, 1940. Following graduation from the University of California at Berkeley in 1962 in Engineering Physics, he enrolled in the U.C. Berkeley graduate physics program. He obtained a PhD in experimental high energy physics in 1969 and joined the Lawrence Radiation Laboratory as a staff physicist and also worked at SLAC, the Stanford Linear Accelerator. During that time LRL-SLAC was a hot-bed for development of leading experiments using novel instruments for particle physics. Bill’s advisors and collaborators included many luminaries at that time, such as Owen Chamberlain, Nobel laureate and co-discoverer of the antiproton. Bill’s thesis experiment in 1969 brought precision to the earlier discovery, that Charge-Parity (CP) symmetry is violated in decays of K0 mesons.

Bill Oliver joined the Tufts high energy physics counter group at Tufts in 1976. He pursued experiments at Fermilab using particle spectrometers to search for resonant states and dynamic effects involving "heavy" quarks, the strange, charmed, and bottom quarks. One of his experiments provided confirming evidence for the existence of bottomonium, a bound state involving the bottom quark with its antiquark. By the early eighties, interest emerged in a search for proton decay, a prediction of grand unified theories for particle physics. Bill and other Tufts physicists joined collaborators at Argonne, Minnesota, Oxford Univ. and Rutherford Laboratory, to build a one-kiloton high-resolution tracking calorimeter and deploy it deep underground in a mine in Minnesota.

This "Soudan II Project" began in 1983 and the subsequent twelve years were devoted to designing, building and deploying the experiment. The tracking calorimeter, situated nearly a half-mile underground, was still susceptible to false signals from cosmic ray interactions in nearby rock, and so the Tufts team took on the task of building a veto shield. Bill played the lead role in designing a novel array built from 27-ft long aluminum extrusions of hexagonal cross section and outfitted with readout electronics assembled by undergraduates. The final result was a double-layer tracking array, three-quarters of a football field in area, on the ceiling and walls of the cavern. The scale of the array amazed reviewers who toured the site. Bill was the primary author of the paper detailing the design and performance of the array. The other Soudan groups succeeded with deploying the central detector, and the experiment took data from the early 1990s until 2002.

No evidence for nucleon decay was found and the experiment contributed to limit-setting for these processes. In the meantime, hints were found by other non-accelerator experiments that the ratios of electron to muon-type neutrinos in neutrino fluxes from cosmic ray interactions in the upper atmosphere are anomalous. Soudan II responded by providing the first determination of this anomaly with an iron tracking calorimeter, an observation that set the stage for the discovery of neutrino oscillations in atmospheric neutrinos by Super-Kamiokande in 1997. Meanwhile, Bill joined DONUT, a Fermilab-based experiment dedicated to searching for the tau-neutrino. For this experiment, Bill and his students built the downstream muon tagger consisting of vertical walls of proportional tubes interleaved with iron blocks. The experiment found a sufficient number of tau-neutrino interactions to establish that the third family of fermions included a flavor neutrino. Bill regarded this as his most important contribution to particle physics.

The design and building of new devices were Bill Oliver's art form, and he brought his passion for it into the classroom. His lectures were in the tradition of Michael Faraday – essential physics points demonstrated with a hands-on, live experiment. For Bill, physics at its best enabled one to Do things. His initiatives embellished Tufts upper level undergraduate laboratory courses. While serving as department Chair from 2002 to 2009, he upgraded the laboratory experiments for introductory physics courses, to the benefit of generations of students.

Bill Oliver retired from Tufts in 2016 but remained active. He wrote his teaching Notes into a gem of a booklet entitled "Fundamentals of Electronics". Bill was a fitness buff and marathoner who, while chair, completed the Boston Marathon four times. Bill Oliver leaves behind many friends who loved and looked up to him for his openness, his sense of fairness, and his quiet humility. He will never be forgotten.