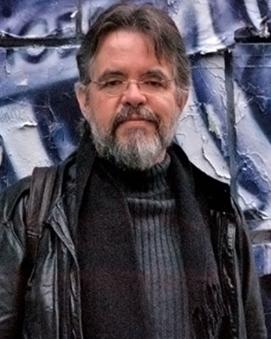 Professor Ennis was an expert on social networks and social movements, he was a respected scholar

A letter from Dean Glaser, in memory of our colleague and friend, James G. Ennis

I am writing to inform you of the sad news that Associate Professor James G. Ennis of the Department of Sociology passed away unexpectedly yesterday after a long illness. He was 62.

Jim joined Tufts in 1983 as an assistant professor. He was named Associate Professor of Sociology in 1987, a position he held until his death. His areas of expertise included social networks, sociological theory, research methods, and social movements, and his scholarship appeared in some of the most important journals in his field, including American Sociological Review, Social Forces, and Journal of Personality and Social Psychology. Jim was an active and engaged professional both here and away from Tufts. He was chair of the Department of Sociology and Anthropology from 1998-2005, and served on the Schools of Arts and Sciences and Engineering Executive Committee and on the Educational Policy Committee, which he chaired for two years. In addition to his teaching and leadership roles at Tufts, he was chair of the American Sociological Association Task Force on Revising Areas of Specialty in Sociology from 2003-2005.

I knew Jim to be a kind and gracious person. So smart, he was a fount of ideas about American culture and how social and professional networks form and evolve. He once led a network study of the political science profession, which, as a member of the network, I found very compelling. Jim also absorbed responsibility, particularly when it came to important matters of faculty governance. This made him well-known and well-liked across the school. He still had much more to contribute and the Tufts community is diminished by his passing.

Recalling Jim, Pawan Dhingra, current chair of sociology said, "Jim was truly a kind, engaging person. His intellect remained top-notch, and he routinely offered helpful insights into diverse research projects and department protocols alike. He stretched the boundaries of our curriculum with his interests in art, social networks, methods, and theory. What made him unique was his uplifting spirit, even during his illness. His humor and generous style will be sorely missed. Most of all, he was a caring husband and father."

In addition to his wife Gloria Garfunkel, Jim is survived by his sons Sam and Noah Ennis, and a brother Mark. Sam Ennis graduated from Tufts in 2013 as a sociology major, following in his father's footsteps.

Members of the Tufts community are invited to attend a graveside service at Beit Olam East Cemetery, 42 Concord Road, Wayland, on Friday, July 10 at 11:00am. A memorial service celebrating Jim's life will be held on campus in the fall.

Those seeking support may turn to services that are available through Health Services. Health Resources can be reached at 800-451-1834.

Thank you for joining us as we extend our deep compassion and condolences to the Ennis family.

James M. Glaser
Dean of the School of Arts and Sciences