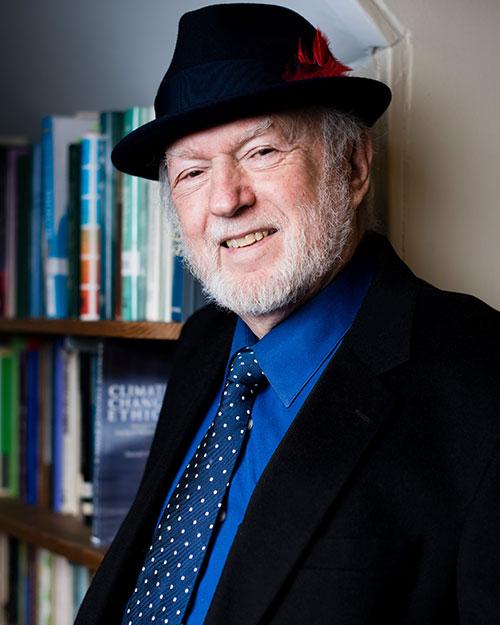 Sheldon Krimsky, the Lenore Stern Professor of Humanities and Social Sciences in the Department of Urban and Environmental Policy and Planning, passed away unexpectedly on April 23, 2022 at the age of 80.

Dr. Krimsky, or “Shelly” to his friends, was a longtime member of the Tufts community. He began his more than 47-year career in the Tufts Department of Urban and Environmental Policy and Planning in 1974. Beginning in 1997, he was also an Adjunct Professor in Public Health and Community Medicine at Tufts School of Medicine, and a visiting scholar at Columbia University, Brooklyn College, the New School and New York University. He has also taught at the University of South Florida, Boston University, SUNY at Stony Brook, and Wesleyan University. Previously, he received his BS from Brooklyn College, his MS in Physics from Purdue University, and his MA and PhD in Philosophy from Boston University.

Krimsky’s research focused on the linkages between science, technology, and ethics, particularly focusing on how they relate to public policy. He was incredibly prolific in his research and scholarship work and authored 17 books including Understanding DNA Ancestry (Cambridge University Press, 2022), GMOs Decoded (MIT Press, 2019), Science in the Private Interest (Rowman and Littlefield, 2003), Hormonal Chaos (Johns Hopkins, 2000), Biotechnics and Society (Praeger, 1991), and Genetic Alchemy (MIT Press, 1982).

He also co-authored Environmental Hazards: Communicating Risks as a Social Process and Agricultural Biotechnology and the Environment and published more than 235 articles and essays on the regulation and social and ethical aspects of science and technology.

Shelly served on the National Recombinant DNA Advisory Committee of NIH and chaired the AAAS Committee on Scientific Freedom and Responsibility. He was also a consultant to the Office of Technology Assessment and most recently served on the Board of Directors for the Council for Responsible Genetics. In addition, he was a Fellow of the Hastings Center on Bioethics, serving on the editorial board of seven noted journals.

Born in Brooklyn, he embraced his New York roots, eventually living part-time in Greenwich Village where he was often seen in Washington Square Park or getting his daily cup of coffee and a bagel in cafés. He also played guitar and harmonica, sometimes jamming with friends and writing and improvising songs. Fiercely loyal, kind, and supportive to family and friends, he was thoroughly devoted to teaching and to his students.

Tufts University extends our thoughts and deep condolences to the Krimsky family. His loss will be felt keenly by many who knew Shelly as a wonderful teacher, colleague, collaborator, mentor, and friend. He is survived by his beloved wife Carolyn Boriss-Krimsky, his two adored children Alyssa Krimsky Clossey, A93, and Eliot Krimsky, A01, along with their spouses Will Clossey, A93, and Lisa Benger, and his three cherished grandchildren, Benjamin Perry Clossey, A23, Andrew Krimsky Clossey, A26, and Siona Rose Krimsky.

The family has also asked that friends and colleagues share their thoughts and memories of him. To learn more about his life’s work, please visit his website. 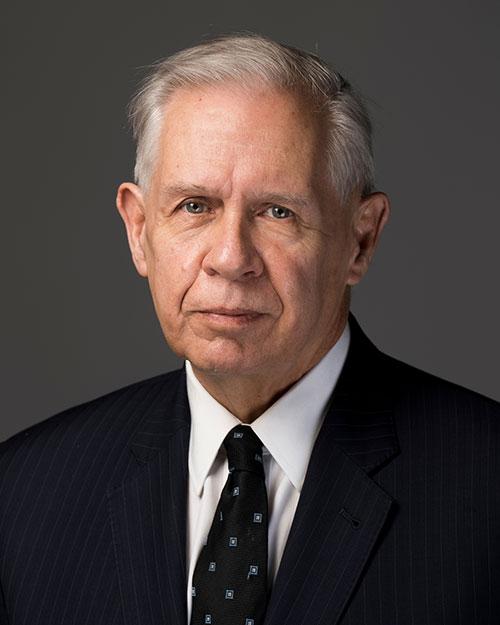 Robert G. Burdick taught Negotiations and Conflict Resolution at UEP for over 30 years, educating many generations of undergraduate and graduate students at Tufts. Bob was the director of the Boston University Civil Litigation Program and a clinical associate professor at BU, and was an adjunct professor at the Northeastern University School of Law. He held a BA from Harvard College and a J.D. from Boston University School of Law.