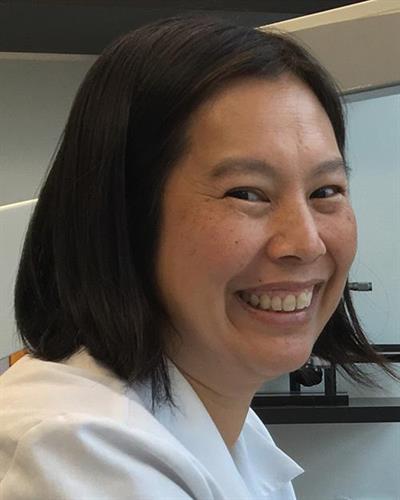 The primary goal of our laboratory is to understand the neural mechanisms by which experience shapes behavior. In particular, we are interested in how the brain controls movement and how experience guides the performance and modification of learned motor skills. To approach these questions, we combine behavioral, neurophysiological, and computational approaches to investigate the neural mechanisms underlying vocal learning in songbirds.

We study vocal learning in songbirds because it is a quantifiable, natural behavior that exhibits many general features of motor learning, and is subserved by a discrete set of brain regions. As in humans, vocal learning in songbirds occurs in two stages. During an early period of sensory learning, young birds listen to and memorize the song of an adult 'tutor'. Then, during a sensorimotor learning phase, they use auditory feedback to gradually modify their immature, variable vocalizations into a 'crystallized' song that resembles the tutor's song. Thus, hearing is critical at all stages of learning. Social interactions also shape which songs models are memorized during sensory learning as well as which song variants are retained during sensorimotor learning. Even after song is learned, adult birds continue to monitor auditory feedback and to adaptively modify their songs in response to social cues and to auditory disruptions, just as humans alter their speech in response to an audience or to correct for vocal errors. These features make song learning an excellent model for investigating the mechanisms that underlie sensory and sensorimotor learning, with particular relevance for speech learning.

Our work focuses on the contributions of an avian basal ganglia-thalamo-cortical circuit to song learning and plasticity. Signals from this circuit are necessary throughout life for feedback-based modification of song, and our prior work has demonstrated that this circuit contributes to motor learning through multiple mechanisms: 1) by driving systematic changes in song output; and 2) by actively generating variability in song output, a key component in trial-and-error reinforcement learning. However, the mechanisms by which auditory experience alters signals in this circuit to shape motor output remain poorly understood.

1. To understand how feedback about performance is encoded in the brain, we combine chronic neural recordings from singing birds with manipulations of auditory feedback to characterize how signals in this circuit change in response to persistent vocal "errors". While initial experiments focus on the contributions of the "cortical" output nucleus of this circuit, we will also investigate how auditory feedback-related signals are transformed at different stages in the circuit.

2. To directly test how signals in this circuit drive adaptive changes in song, we use electrical, chemical, and optogenetic methods to precisely alter neural activity during normal vocal behavior and in response to disruption of auditory feedback. Such experiments will help to elucidate which patterns of activity are necessary and/or sufficient to drive acute and/or long-lasting changes to song.

3. In many species of birds, sensory learning of song occurs during an early 'critical period', and the influence of auditory feedback on song production declines with age. To investigate whether the mechanisms that mediate feedback-driven changes in adult song are the same as those that enable juvenile motor learning, we record singing-related activity in the basal ganglia-thalamo-cortical circuit in juvenile birds engaged in sensorimotor learning. Comparison of neural activity patterns at different stages of learning will shed light on the neural processes that enable or limit auditory feedback-driven song plasticity. For example, does burst firing or variability in spike timing decrease as vocal output approaches the target? Just as in adult birds, we use electrical, pharmacological, and optoge
Read More Career Highlights / Publications Research Professional Activities Courses / Teaching Activities