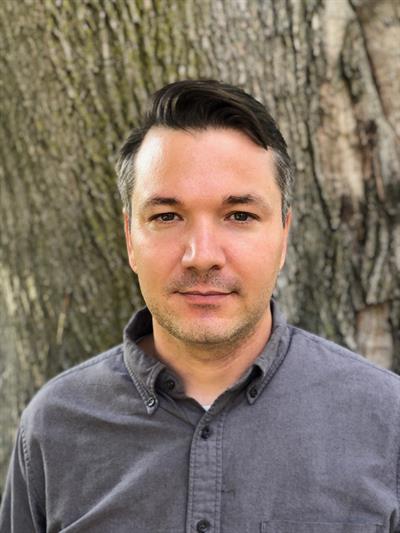 Associate Professor, Anthropology
Director, Environmental Studies
(617) 627-2802
alex.blanchette@tufts.edu
Braker Hall
Research/Areas of Interest: My research is concerned with the politics of industrial labor and life in the post-industrial United States. My first book, Porkopolis: American Animality, Standardized Life, and the Factory Farm (Duke University Press 2020), is an ethnography of work within some of the world's largest meat corporations, one that follows the making of the modern pig across every facet of its existence from genetics to 1,100 post-death commodities. It examines the transformations to human existence — in terms of living arrangements, the value of labor, biological embodiment, and senses of identity — necessary to sustain contemporary qualities and quantities of industrial animal life in the rural United States. Porkopolis was awarded the 2021 Diana Forsythe Prize (CASTAC/SAW/GAD), 2nd place for the 2021 Victor Turner Prize in Ethnographic Writing (Society for Humanistic Anthropology), and an honorable mention for the 2021 Gregory Bateson Prize (Society for Cultural Anthropology). In collaboration with the anthropologist Sarah Besky and others, I have also published an edited book called How Nature Works: Rethinking Labor on a Troubled Planet (SAR/UNM Press 2019) that surveys how transformed, unstable, and ruined environments are altering the value of human work and livelihood. How Nature Works was awarded the 2021 Society for the Anthropology of Work Book Prize. I am in the planning and research stages of two subsequent book-length projects. The first concerns the many lingering traces of large-scale animal slaughter in Chicago, and it begins with the closing of the Union Stock Yards in 1971. This book will explore how a wide range of people struggle to redeem, remake, and overcome the social legacies and ecological remains of those infamous meatpacking yards that generated facets of industrial capitalism as it still exists it today. The current aspiration of this research is to be able to articulate more positive and radical visions of deindustrialization and deindustrial futures -- distinct from the precariousness, poverty, and diminished livelihoods that have tended to follow urban industrial divestment. A germinal second project is a wide-ranging oral history collaboration that seeks to document how diverse people have tried to build fulfilling lives on the margins and outside of capitalist work structures and values. At Tufts University, I teach a wide range of classes on environmentalism, capitalism, labor politics, value beyond work, interspecies relations, food production, political economy, ethnography, and the rural United States.