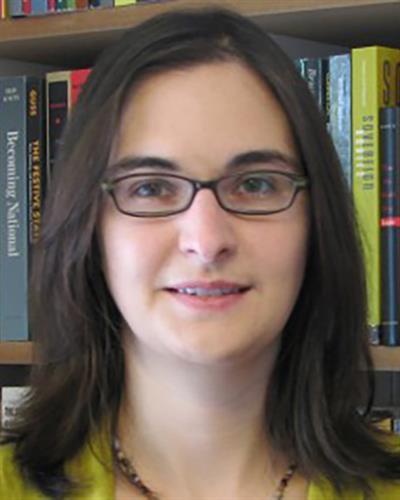 Associate Professor, Anthropology
Chair, Anthropology
Associate Professor, Studies in Race, Colonialism, and Diaspora
(617) 627-4265
amahl.bishara@tufts.edu
Braker Hall
Research/Areas of Interest: Media, journalism, the Middle East, expressivity, human rights, knowledge production, democracy, ethnography of place My research revolves around expression, space, media, and settler colonialism. I am currently working on two book projects. The first, tentatively entitled "Permission to Converse: Laws, Bullets, and other Roadblocks to a Palestinian Exchange," addresses the relationship between Palestinian citizens of Israel and Palestinians in the West Bank, two groups that are positioned slightly differently in relation to Israeli settler-colonialism. Through ethnographies of protest as well as of more everyday forms of expression, I analyze the barriers to these two groups speaking to and with each other. I argues that speech is always an embodied and emplaced act. My second ongoing project examines Palestinian popular politics in a West Bank refugee camp. It examines how Palestinians in this refugee camp strive to resist three authorities, the Israeli occupation, the Palestinian Authority administration, and the United Nations Relief Works Agency through struggles over land, water, bodies, and expression. My first book, Back Stories: U.S. News Production and Palestinian Politics (Stanford University Press 2013) is an ethnography of production of US news during the second Palestinian Intifada. It asks what we can learn about journalism and popular political action when we place Palestinian journalists at the center of an inquiry about U.S. journalism. In addition to academic writing, I also regularly write for such outlets as Jadaliyya, Middle East Report. I have produced the documentary "Degrees of Incarceration" (2010), an hour-long documentary that explores how, with creativity and love, a Palestinian community responds to the crisis of political imprisonment. Finally, I have been involved with the production of bilingual Arabic and English children's books about refugee lives, including The Boy and the Wall.