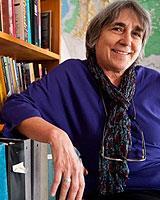 My research has employed Latin/o American popular music as a lens for examining the complex relationships between expressive culture and socio-cultural changes activated by, and occuring at, the intersections of class, race, ethnicity, nationality, gender and generation. These explorations have been less concerned with music as an artifact than as a social activity, whose expressive forms—and their meanings—are always shaped by the specificities of cultural context and the particular kinds of social inter-connectivity in which music making necessarily happens. I have explored these themes through fieldwork in the Dominican Republic, Puerto Rico, Cuba and Colombia, as well as within their diasporan communities in the United States, documenting and interpreting the circulation of a range of musical genres including (but not limited to) bachata, merengue, salsa, cumbia, reggaeton, rock and rap. My approach is comparative and cross-regional, analyzing the musical practices of local communities not in isolation, but rather in relation to other proximate groups, and always in relationship to global cultural flows and transnational circuits. These research interests also inform my teaching, which has focused on unpacking the diversity of U.S. Latino communities in the United States—including those residing in the city of Somerville, in which I both live and work.