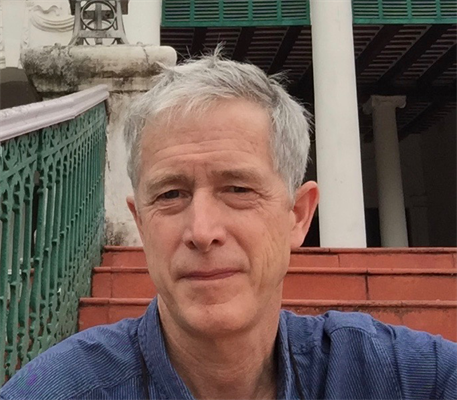 Brian Hatcher's research focuses on the transformation of Hinduism in colonial and contemporary South Asia, with a special interest in early colonial Bengal. His publications explore issues of religious reform, vernacular modernity, and the colonial world of Sanskrit. An expert on the life and work of Ishvarchandra Vidyasagar, he is also known for his interpretations of "bourgeois Hinduism," Hindu eclecticism, and the "empire of reform."

His most recent book, Hinduism Before Reform (Harvard University Press, 2020), offers the first in-depth comparison of the early histories of the Swaminanarayan Sampraday and the Brahmo Samaj, situating their origins in a distinctive early colonial moment as a way to bypass familiar models of modern Hindu reform. Standard models tend to contrast Swaminarayanis and Brahmos in relation to norms of progress and modernity in South Asian religion. By contrast, Hinduism Before Reform views the Swaminanarayan Sampraday and the Brahmo Samaj as two distinctive religious polities articulated and promulgated by innovative religious lords during a shared early colonial moment prior to the rise of the hegemonic "empire of reform" in British India. To look at Hinduism before reform is to discover new ways to think about the origins of two of the most globally visible forms of modern Hinduism.

Over the past several years Brian Hatcher has been working to map the spread and chronicle the history of the Dasnami Sampraday in southwestern Bengal between the eighteenth century and the present. Combining field research with textual study, this project aims to chart the rise and fall of an influential set of religious actors who placed their stamp on the landscape and religious life of lower Bengal. Research for this project has been supported by fellowships from the American Institute of Indian Studies, the American Philosophical Society, and the American Academy of Religion.

In 2020, on the occasion of the 200th birth anniversary of Ishvarchandra Vidyasagar, Primus Books published a revised edition of Brian Hatcher's first monograph, Idioms of Improvement, featuring a newly typeset text, new preface and new images.