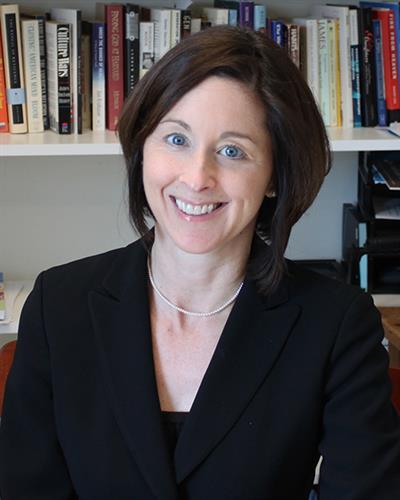 Heather D. Curtis received her doctorate in the History of Christianity and American Religion from Harvard University in 2005. She is the author of Faith in the Great Physician: Suffering and Divine Healing in American Culture, 1860-1900 (Johns Hopkins University Press, 2007) which was awarded the Frank S. and Elizabeth D. Brewer prize from the American Society of Church History for the best first book in the History of Christianity.

Her recent book, Holy Humanitarians: American Evangelicals and Global Aid (Harvard University Press, 2018) examines the crucial role popular religious media played in the extension of US aid at home and abroad from the late-nineteenth to the early twentieth century. Drawing on rigorous archival research, Curtis lays bare the theological motivations, social forces, cultural assumptions, business calculations, and political dynamics that shaped Americans' ambivalent embrace of evangelical philanthropy during a pivotal period in the nation's history. In the process she uncovers the seeds of today's heated debates over the politics of poverty relief and international aid.

Curtis has also published articles on the global expansion of American evangelicalism, pentecostalism, religion and science, and Christian spirituality in a variety of academic journals, books, and online venues. She recently served as a senior editor for the Oxford Encyclopedia of Religion in America.

Her work has been supported by fellowships and grants from the Center for the Study of World Religions at Harvard University, the Charlotte W. Newcombe Foundation, the Henry Luce Foundation, the Institute for the Study of American Evangelicals, the Lake Institute on Faith and Giving, the Lilly Endowment, the Louisville Institute, and the Young Scholars in American Religion Program.
Read More Career Highlights / Publications Research Professional Activities Courses / Teaching Activities