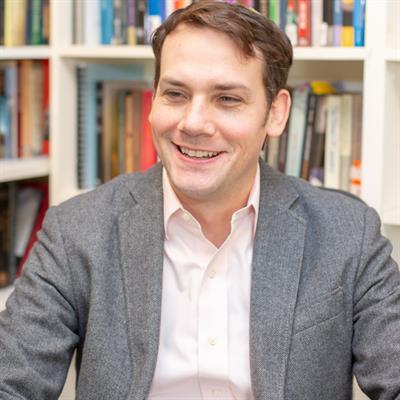 Yonatan Brafman is an assistant professor of Modern Judaism in the Department of Religion and a member of the Program in Judaic Studies. He is a scholar of modern Jewish thought and a philosopher of religion. His research focuses on the intersection of Jewish thought, Jewish law, and contemporary moral, legal, and political philosophy. He also studies the implications of religious ritual for critical social theory and praxis.

Previously, he was assistant professor of Jewish thought and ethics and the director of the Handel Center for Ethics and Justice at the Jewish Theological Seminary of America. He has held fellowships in the Department of Religion and Program in Judaic Studies at Princeton University (2014–2015), the Tikvah Center for Law and Jewish Civilization at New York University Law School (2012–2013), and the Center for Jewish Law and Contemporary Civilization at the Benjamin N. Cardozo School of Law, Yeshiva University (2008–2010). He holds a PhD in Philosophy of Religion and Jewish Thought from the Department of Religion at Columbia University, where he also received his BA, MA, and MPhil.
Read More Courses / Teaching Activities