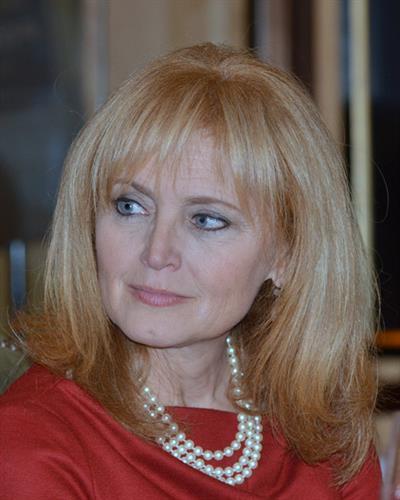 Katrina Lantos Swett, Ph.D, currently serves as Chair of the United States Commission on International Religious Freedom (USCIRF). In March of 2012, she was appointed to USCIRF by Senator Harry Reid and Six months later was elected to serve as Chair. She served as Vice Chair for one year and in 2014 she was once again elected as Chair. Dr. Lantos Swett is the President of the Lantos Foundation for Human Rights and Justice, a human rights organization which she established in 2008 to carry on the work of her father, the late Congressman Tom Lantos. In addition she has taught Human Rights and U.S. Foreign Policy at Tufts University, a subject she also taught at the University of Southern Denmark during her husband's tenure as US Ambassador to Denmark. While living in Copenhagen, Katrina led a successful advocacy effort to convince the Danish government to take action against illicit trafficking of women and children through Denmark.

Lantos-Swett graduated from Yale University with a degree in Political Science. She received a Juris Doctor degree from the University of California, Hastings College of the Law, and later earned a PhD in history at The University of Southern Denmark.