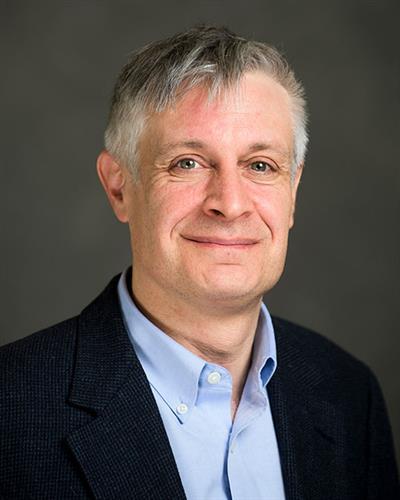 Peter Levine is the Associate Dean of Academic Affairs and Lincoln Filene Professor of Citizenship & Public Affairs in Tufts University's Jonathan Tisch College of Civic Life. He also appointments in Tufts' Political Science Department (tenure home), Philosophy Department, Science & Technology Studies, International Relations, and the Tufts Clinical and Translational Sciences Institute. He was the founding deputy director (2001-2006) and then the second director (2006-2015) of Tisch College's CIRCLE, The Center for Information and Research on Civic Learning and Engagement. In addition, Levine co-leads the Civic Studies major, teaches the Summer Institute of Civic Studies, and organizes the annual Frontiers of Democracy conference.

Levine graduated from Yale in 1989 with a degree in philosophy. He studied philosophy at Oxford on a Rhodes Scholarship, receiving his doctorate in 1992. From 1991 until 1993, he was a research associate at Common Cause. From 1993-2008, he was a member of the Institute for Philosophy & Public Policy in the University of Maryland's School of Public Policy. During the late 1990s, he was also Deputy Director of the National Commission on Civic Renewal. Levine has published 11 books--most recently, What Should We Do? A Theory of Civic Life (Oxford University Press, 2022). He has served on the boards or steering committees of AmericaSpeaks, Street Law Inc., the Newspaper Association of America Foundation, the Campaign for the Civic Mission of Schools, Discovering Justice, the Kettering Foundation, the American Bar Association Committee's for Public Education, Everyday Democracy, and the Deliberative Democracy Consortium.
Read More Career Highlights / Publications Research Professional Activities Courses / Teaching Activities