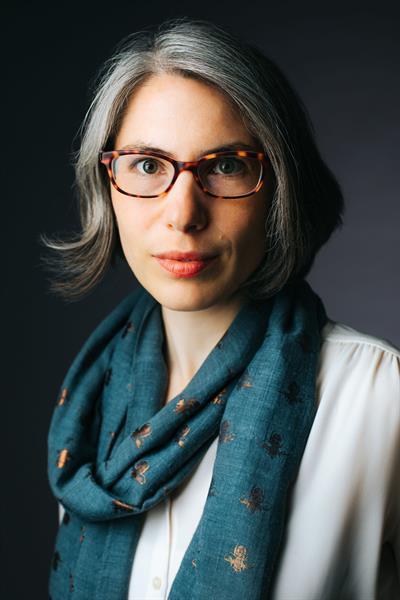 Kate Hollander is a poet, historian of modern European intellectual and gender history, and Brecht scholar. She serves as Poetry and Reviews Editor for Consequence Forum and as an Associate Editor for the Waywiser Press. Her poems have been published in or are forthcoming from Salmagundi, Tupelo Quarterly, AGNI Online, Hunger Mountain, and elsewhere. Her first book of poems, My German Dictionary, won the Anthony Hecht Poetry Prize in 2019.

Selected Scholarship:
• "'Das Steffinische Sternbild': Brecht's Mitarbeiterin Margarete Steffin in Exile and Memory," New German Critique, Vol. 45, No. 2 (2018)
• "Collaboration, Exile, and the Quotidian: Community on the Svendborg Sound, 1933-1939," The Brecht Yearbook, Vol. 41 (2017)
• "Brecht and Collaboration: New Directions, New Discussions," Communications of the International Brecht Society, October (2017)
• "Bridges and Islands: Community and Karin Michaëlis In and Out of Exile, 1907-1942," in Helga Schreckenberger, ed., Networks of Refugees from Nazi Germany: Continuities, Reorientations, and Collaborations in Exile (Brill-Rodopi, 2016)
• "At Home with the Marxes: A Portrait of a Socialist Group in Exile," The Journal of the Historical Society, Vol. X, No. 1 (2010)