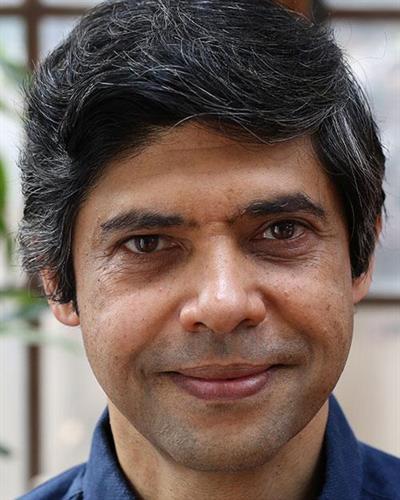 Aniruddh (Ani) Patel is a Professor of Psychology at Tufts University. He received his BA from the University of Virginia (1987) and his AM (1990) and PhD (1996) from Harvard University.

He then joined The Neurosciences Institute in San Diego, CA, where he was a Senior Fellow from 2005-2012.

Dr. Patel's work focuses on music cognition: the mental processes involved in making, perceiving, and responding to music. Areas of emphasis include music-language relations (the topic of his 2008 book, Music, Language, and the Brain, Oxford Univ. Press) rhythmic processing, and cross-species studies of music cognition. A wide variety of methods are used in this research, including brain imaging, behavioral experiments, theoretical analyses, acoustic research, and comparative studies with nonhuman animals.

Dr. Patel has served as President for the Society for Music Perception and Cognition (2009-2011) and is a Fellow in the Azrieli Brain, Mind, and Consciousness program in the Canadian Institute for Advanced Research (CIFAR).