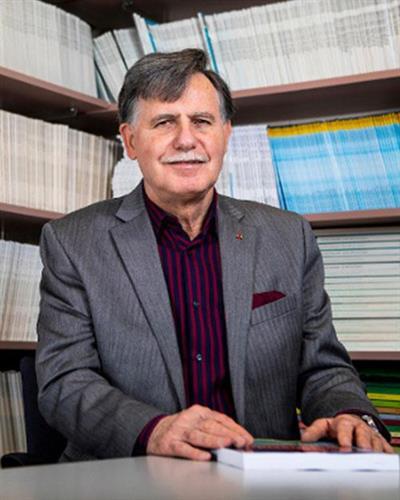 Klaus A. Miczek is the Moses Hunt Professor of Psychology, Psychiatry, Pharmacology and Neuroscience, and serves as one of the directors of the Neuroscience Research Center at Tufts University. He published some 270 research journal articles, more than 50 reviews and edited 24 volumes on psychopharmacological research concerning brain mechanisms of aggression, anxiety, social stress and abuse of alcohol and other drugs. He has served on research review committees for the NIH and he was a member of the National Academy of Science panel on "Understanding and Preventing Violence" (1989-1992) as well as its ILAR/NRC panel on the "Psychological Well-being of Primates." He is the Coordinating and Principal Editor of Psychopharmacology since 1992. He was the president of the APA Division of Psychopharmacology, and of the Behavioral Pharmacology Society, and chaired the Committee on Animals in Research and Ethics of the American Psychology Association. He has received numerous prizes including the Solvay Duphar Award of the Division of Psychopharmacology and Substance Abuse of the American Psychological Association, a MERIT award from NIAAA, Silver Medals of the Charles University (Czech Republic). In 1997, the president of the Federal Republic of Germany bestowed the Knight's Cross of the Order of Merit on him. Dr. Miczek was named the Boerhaave professor at the medical faculty of Leiden University (Netherlands) and was twice Japan International Science & Technology Fellow at the University of Tokyo and Tsukuba. He was visiting professor at La Sapienza University in Rome, the Charles University in Prague and at the University of Tuebingen (Germany). In 2006, Tufts University recognized Dr. Miczek with the Distinguished Scholar Award, and he was elected fellow in the American Association for the Advancement of Science. In 2007, the European Behavioural Pharmacology Society presented him with the Distinguished Achievement Award. He is a member of the Faculty of 1000 Prime Behavioral Neuroscience. From 2013-2016 he served as Scientist without Borders for CNPq (Brazil). He was originally educated in Berlin (Germany) and received his PhD in Biopsychology from the University of Chicago.

Currently, the work in Dr. Miczek's laboratory investigates two problems in the areas of (1) stress and drug abuse, and (2) behavioral neurobiology of aggression. First, members of the laboratory aim to learn about neuroadaptive mechanisms via which specific social stressors can intensify compulsive drug use or alternatively engender depressive-like anhedonia. Second, they are seeking to characterize the neurobiological features of those individuals who engage in escalated aggression after alcohol consumption.
Read More Career Highlights / Publications Research Professional Activities Courses / Teaching Activities