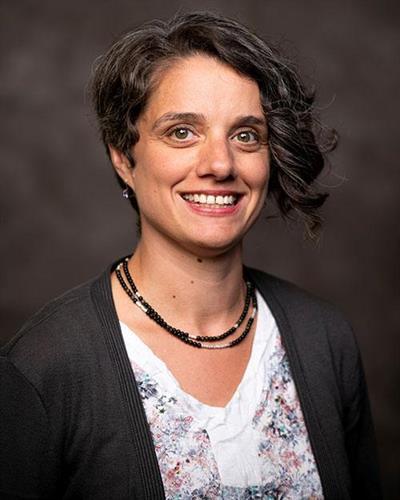 I joined the Tufts history department in January 2008, after spending three years as a Junior Research Fellow at Trinity College, University of Cambridge. I received my Ph.D. in the History of Science from Harvard University in 2005 and my B.A. from Wellesley College in History and German Studies in 1996.

My broad research interests include early modern European history (c. 1450-1700), the history of science and medicine, the history of pharmacy, and women's history. I am particularly interested in the intersection of scholarly and lay knowledge in the history of medicine and pharmacy and in the history of experiment more broadly. My first book, Panaceia's Daughters: Noblewomen as Healers in Early Modern Germany (University of Chicago Press, 2013) examines German princesses who became widely known and admired for their medical knowledge in the sixteenth century – and particularly for making medicinal cures. It won the 2014 Gerald Strauss Prize for Reformation History. I also co-edited a collection of essays titled Secrets and Knowledge in Medicine and Science, 1500-1800, which was published by Ashgate Press in 2011.

My latest book, The Poison Trials: Wonder Drugs, Experiment, and the Battle for Authority in Renaissance Science (University of Chicago Press, 2021), looks at the important role poison antidotes played in attempts to evaluate early modern cures – and in the development of early modern experiment more broadly. It was excerpted in Lapham's Quarterly in January 2021. While working on the book, I co-led the working group "Testing Drugs and Trying Cures in Early Modern Europe" at the Max Planck Institute for the History of Science in Berlin, and co-organized (with Elaine Leong) a conference on the topic in June 2014. We published a special journal issue of the Bulletin of the History of Medicine (Summer, 2017) on the topic.

I was part of the Translating Medicine Across the Premodern World working group at the Max Planck Institute and am finalizing an article on vernacular translations the Spanish physician Nicolás Monardes' writings on New World drugs. Future projects include a study of time and medicine in early modern Europe and a longue durée study of the use of prisoners for medical experiments. I am also co-editing the volume on Early Modern Medicine for the Cambridge History of Medicine.

My courses cover my range of research interests. I have developed courses on Renaissance and Reformation Europe; gender and family; the history of science and medicine; and the history of the book. Whenever possible, I bring in global perspectives and highlight underrepresented groups. I also integrate rare books and other materials from isch Library Special Collections into my teaching. I teach a survey course called Science and Technology in World History as part of the IR Core, and I am core faculty in STS, Women's, Gender, and Sexuality Studies, IR, and Environmental Studies.
Read More Career Highlights / Publications Research Professional Activities Courses / Teaching Activities