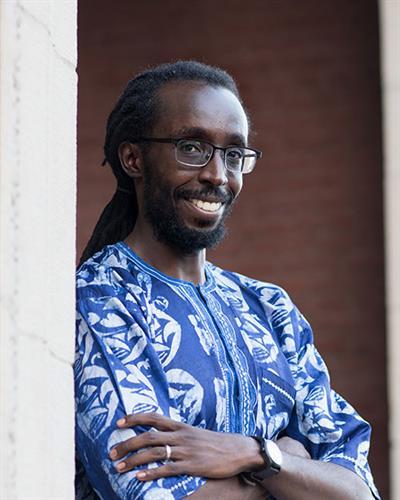 I am a cultural and social historian of modern East Africa. My research explores the intersecting histories of ritual, religion, and resistance. In my ongoing book project, which is based on my doctoral dissertation, I examine the ethical and religious history of Kenya's war of independence. Under the tentative title, Mau Mau's Moral War: The Sacralization of Kenya's Anticolonial Struggle, 1952–1956, my project analyzes Mau Mau rituals on their own terms, breaking with a historiographical tradition that reduces ritual activities to stage props and backdrops on the historical stage. It investigates two central questions: (1) why did Mau Mau members invent a variety of rituals during the anticolonial struggle in Kenya? and (2) how did the ethical and religious convictions of Mau Mau fighters shape their military campaign? Using rare archival sources and the oral histories and published memoirs of Mau Mau War veterans, my study argues that Mau Mau fighters waged an asymmetrical war against British colonial forces because they believed that they were morally right, despite their lack of military might. Bands of untrained and ill-equipped guerrillas fought against well-armed, professional armies because they were convinced that God was on their side, the side of truth and justice. The evidence for these ethical and religious convictions is found in Mau Mau rituals and violence.

Mau Mau members invented a wide variety of ritual activities during the war, including oaths, prayers, and divination rites. At the same time, they invented moral justifications for their violent campaign of murder, plunder, and vandalism. This dual process of inventing ritual activities and moral justifications for violence is what I have termed, "sacralization." Far from being unanimous, the process of sacralization was characterized by heated debates among Mau Mau members, over what they deemed sacred, moral, and just for purposes of the war. These debates included the appropriate roles for female guerrillas; the justifiability of killing women and children; and the utility of seers and diviners in military operations. The contested process of sacralization produced a medley of ethico-religious perspectives, which had a direct impact on the internal dynamics of the movement and the course of Kenya's anticolonial struggle. These perspectives were informed as much by conviction as by self-interest, depending on the age, rank, and gender of Mau Mau guerrillas. Studying Mau Mau's ethico-religious perspectives thus provides new ways of understanding conflicts within the movement and illuminates the moral logic that undergirded Mau Mau's military strategies and objectives. It illustrates how a sociocultural lens can clarify complex historical narratives of war and violence.
Read More Professional Activities Courses / Teaching Activities