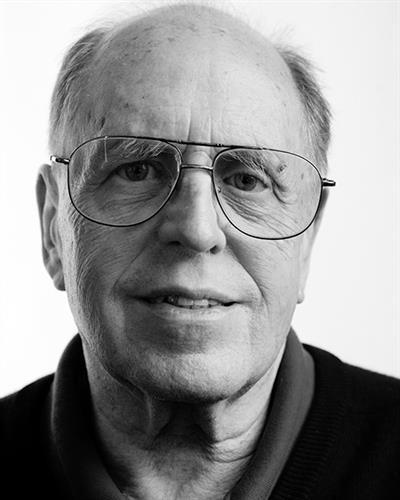 George Smith grew up in Cincinnati, Ohio, during the 1940s and 1950s. His strongest memories from those years include the beginning of World War II; the dropping of atomic bombs on Japan; the realization that the enriched uranium for those bombs came from Oak Ridge, Tennessee, just a few miles from his grandfather's farm; the entry of Jackie Robinson into Major League Baseball in 1947; and the beginnings of jet engine powered flight. The last of these left such an impression on him that he maintained a career as an engineer from the late 1950s until 2013, specializing initially on the development of computer-based methods for the design of jet engines and then, starting in the late 1960s, on failure analysis of jet engines and other turbo machinery.

In the latter capacity he has been hired as an expert witness in legal proceedings in the U.S., Canada, Australia, and France. Smith entered Yale in 1956 to prepare for a career in writing and directing for the theater, only to be waylaid by his first encounter with philosophy in his freshman year. He ended up majoring in philosophy and mathematics, graduating in 1962 after taking two years off to work at General Electric on an experimental jet engine trying to anticipate the 1980s. After a decade of working at Pratt and Whitney Aircraft and Northern Research and Engineering Corporation, he was drawn back to philosophy, first by Vietnam-inspired questions regarding whether political science can become a real science at all, then by questions about what a real science is in the first place.

He obtained his Ph.D. from MIT's Department of Linguistics and Philosophy in 1979, having taught methods of computer modeling in MIT's Political Science Department for two years while a student in philosophy. He joined Tufts' Philosophy Department in 1977, where his research came to focus on transitional episodes in the history of science in which areas of research have gone from struggling to "turn data into evidence" to achieving extraordinary success in doing so. It was as part of this research that he first taught a two-semester course on Newton's Principia in the year of its tercentenary, 1986-87.

Two years later, Bernard Cohen asked him to teach the course on a regular basis as an aid to his completing the new Cohen-Whitman translation of the Principia. The course has remained a fixture at Tufts ever since. It has also been taught at Stanford in 2009 and 2013 and via internet at Notre Dame in 2011-12. It was largely because of Smith's prominence as a Newton scholar that he was appointed Acting Director of the Dibner Institute for the History of Science and Technology at MIT from 2001 until its closing in 2006. Although he continues to work on topics other than Newton, Smith regards his Newton course as his most important contribution to philosophy and history of science; he is duly proud of the six Ph.D. dissertations that have come out of it at Stanford and Notre Dame.
Read More Career Highlights / Publications Professional Activities Courses / Teaching Activities