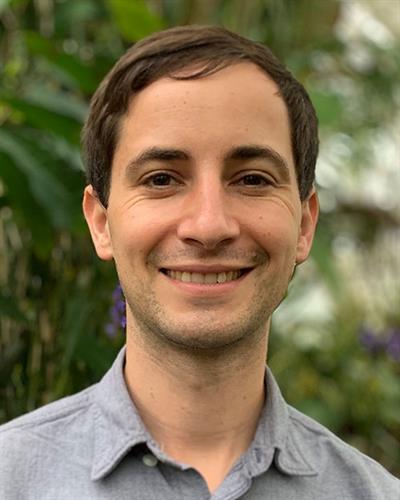 In a current book project on the case of the delta smelt, an endangered species of fish caught in the center of California's "water wars," he analyzes the dynamic interplay of extractive infrastructure, science, law, and public sphere controversy in response to water scarcity and biodiversity loss. This work has received awards from the American Sociological Association's sections on Theory, Environmental Sociology, Science Knowledge and Technology, and Animals and Society, as well as the Pacific Sociological Association and the University of California, Berkeley's Department of Sociology, where he completed his doctorate in 2020.

During his graduate studies at Berkeley, he held fellowships sponsored by the Center for the Study of Law & Society, the Institute of Governmental Studies, the Center for Technology, Society & Policy, and the Algorithmic Fairness and Opacity Working Group. At Tufts, his research has been supported by grants from the Faculty Research Awards Committee, the Climate, Renewable Energy, Agriculture, Technology, and Ecology (CREATE) Solutions initiative, and a Neubauer Faculty Fellowship.

He is engaged in several collaborative research projects including one on how artificial intelligence technologies are shaping the field of environmental conservation and its implications for environmental justice (with Carl Boettiger, Millie Chapman, Razvan Amironesei, Hilary Faxon, Samantha Jo Fried, Marcus Lapeyrolerie, Michael Reed, Amy Van Scoyoc, and Lily Xu), another on the moral regulation of states by financial markets (with Marion Fourcade and Irem Inal), and a third on the politics of face masks during the COVID-19 pandemic (with Andrew McCumber, Razvan Amironesei, June Jeon, and Tara Gonsalves). His background in political theory grounds an enduring research and teaching interest in the meanings of foundational concepts, in particular "freedom" and "nature." In a second book-length project, for which he is currently laying the groundwork, he will study how the natural environment—and climate change in particular—became an object of America's partisan culture wars.

His published work has appeared in the American Journal of Sociology, The Berkeley Journal of Sociology, Current Opinion in Environmental Sustainability, Citizenship Studies, Ethics Policy and Environment, The New Handbook of Political Sociology (Cambridge University Press), One Earth, Socius: Sociological Research for a Dynamic World, Science as Culture, Teaching Sociology, Theory Culture and Society, and Theory and Society.

He teaches Environmental Sociology and Social Theory at Tufts University. He is also a faculty affiliate with the Environmental Studies Program at Tufts, and an affiliated scholar with the Climate Social Science Network at the Institute at Brown for Environment & Society. He was an affiliate of the Research Cluster on Comparative Inequality and Inclusion at the Weatherhead Center for International Affairs at Harvard University from 2020 to 2022. In addition to studying the interface between science and environmental policy, he has also recently begun contributing to it as a member of the Bay-Delta Social Science Community of Practice Steering Committee, which is organized by the Delta Stewardship Council, a California state agency.
Read More Career Highlights / Publications Professional Activities Courses / Teaching Activities