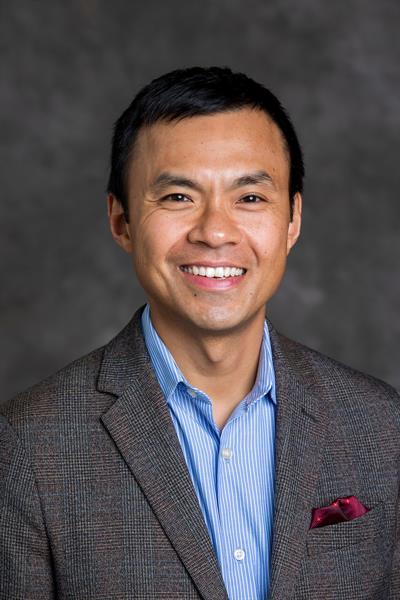 Freeden Blume Oeur (he/him), a first-gen college student and child of Cambodian immigrants, is associate professor of sociology. (His full last name is "Blume Oeur" with no hyphen.) He holds a secondary appointment with the Department of Education and is a faculty affiliate with American Studies and the Women's, Gender, and Sexuality Studies program. He is past co-chair of the Board of Representatives for the Boston Consortium for Graduate Studies in Gender, Culture, Women, and Sexuality (2017-2020); and a past postdoctoral fellow with the W. E. B. Du Bois Center at the University of Massachusetts, Amherst (2019). In 2022 he was recognized with the Distinguished Early Career Award from the Children and Youth section of the American Sociological Association (ASA).

Blume Oeur's articles have appeared in the journals Ethnic and Racial Studies, Sociological Perspectives, Journal of the History of Childhood and Youth, Socius, and Journal for the Scientific Study of Religion. His book, Black Boys Apart: Racial Uplift and Respectability in All-Male Public Schools (University of Minnesota Press, 2018), is an ethnography that asks why Black communities would want to separate their schoolchildren on the basis of sex in neighborhoods that have long faced racial and social class segregation. Black Boys Apart has been recognized with best book awards from three ASA sections: Sex and Gender, Sociology of Education, and Racial and Ethnic Minorities. With Edward W. Morris, he is co-editor of a volume, Unmasking Masculinities: Men and Society (Sage Publications, 2017), for use in undergraduate courses on men and masculinities. Blume Oeur and CJ Pascoe are editing a volume titled Gender Replay (forthcoming 2023) that reflects on and assesses Barrie Thorne's contributions to the study of youth, schooling, and feminism.

Du Boisian Sociology. Blume Oeur's research goals aim to enrich a Du Boisian Sociology with humanist and feminist perspectives. The first paper from this research develops a Du Boisian trauma narrative to help explain the racialized consequences of the coronavirus pandemic. The second thread from this research celebrates the centennial of The Brownies' Book, the nation's first serial publication for Black children (as guest editor of a special Fall 2021 issue of The Journal of the History of Childhood and Youth). A third line of research is an historical revival of Du Bois's prayers written for schoolchildren between 1909-1910 (with Phillip Luke Sinitiere and Becca Leviss). A fourth line of research is a book project (tentatively titled The Children of the Moon) that traces a vision of Black childhood in the post-Reconstruction era by breathing life into book that Du Bois imagined for children, but never wrote, around 1900.

Black Feminism and the Study of Black Masculinity. With Saida Grundy, Blume Oeur is undertaking a project that assesses the historical relationship between Black feminism and the study of Black men, boys, and masculinity. The first publication from this research reflects on a misguided attack on intersectionality by a "new Black male studies." It appeared as the chapter "Allyship in the Time of Aggrievement" in the 2021 volume Black Feminist Sociology: Perspectives and Praxis from Routledge Press. A second article in progress uses the occasion of the 40th anniversary of debates in the journal The Black Scholar to historically situate today's tension between Black male studies and Black feminism, with a critical eye towards a concern on both sides with "myth-busting."