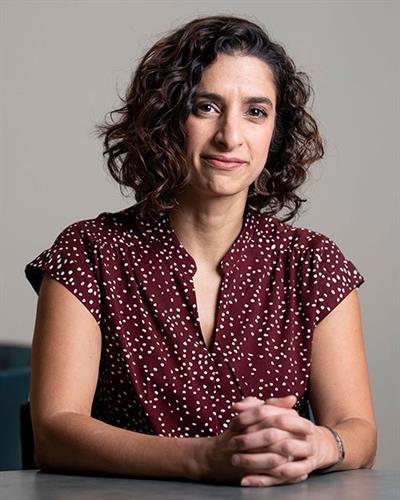 Natasha Warikoo is Lenore Stern Professor in the Humanities and Social Sciences, Department of Sociology. A former Guggenheim Fellow and high school teacher, Warikoo is an expert on racial and ethnic inequality in education. She released two books in 2022. Her book Race at the Top: Asian Americans and Whites in Pursuit of the American Dream in Suburban Schools (University of Chicago Press, May 2022) illuminates tensions related to achievement and emotional well-being in a suburban, high-income town with a large and growing Asian American population. Is Affirmative Action Fair? The Myth of Equity in College Admissions is a short primer on affirmative action, including a chapter on Asian Americans. In the book Warikoo argues that colleges should better align admissions with mission and when they do, affirmative action becomes a clear policy to maintain.

Warikoo's previous book, The Diversity Bargain: And Other Dilemmas of Race, Admissions, and Meritocracy at Elite Universities (University of Chicago Press, 2016), shows how undergraduates attending Ivy League universities and Oxford University conceptualize race and meritocracy. The book emphasizes the contradictions, moral conundrums, and tensions on campus related to affirmative action and diversity, and how these vary across racial and national lines. Warikoo's first book, Balancing Acts: Youth Culture in the Global City (University of California Press, 2011), analyzes youth culture among children of immigrants attending diverse, low-performing high schools in New York City and London. Finally, in 2022 Warikoo published Is Affirmative Action Fair? The Myth of Equity in College Admissions, which introduces readers to arguments related to affirmative action and, more broadly, how to think about college admissions.

In addition to her academic work, Warikoo is co-chair of the Scholars Strategy Network Boston Chapter, which aims to connect scholars, policymakers, civic leaders, and journalists in the Boston area. She writes and speaks frequently for public audiences ((The New York Times, The Los Angeles Times, The Washington Post, The Atlantic, and more). See here for her public engagement. She also chairs the Sociology of Education Section of the American Sociological Association.

Warikoo was previously Associate Professor of Education at Harvard University. Prior to her academic career she was a teacher in New York City's public schools, and also spent time working at the US Department of Education. Warikoo completed her PhD in sociology from Harvard University, and BSc and BA in mathematics and philosophy at Brown University. She lives in Cambridge with her husband Ramesh Kumar and their three children.
Read More Career Highlights / Publications Professional Activities Courses / Teaching Activities