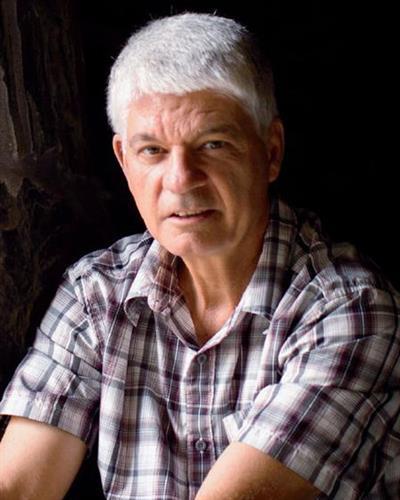 My research interests lie in the reconstruction of the last deglaciation in the northeastern U.S., primarily as indicated by the annual layering (varves) of sediments from glacial lakes.

This work has involved correcting the New England Varve Chronology, calibrating it with radiocarbon ages, and expanding its paleomagnetic declination record in order to correlate varve stratigraphy across a wider geographic area.

The main goal of this research is to assemble high-precision (annual) records of terrestrial glacial events in the northeastern U.S. that can be compared to regional and global records of climate. This comparison can be used to test a number of hypotheses regarding the mechanisms for rapid climate change events at the end of the last glaciation and the interactions of terrestrial ice sheets, the ocean, and the atmosphere in the North Atlantic region as they relate to ice age climate. Thus far varve record have been correlated to climatic events and used to test the rates and timing of glacial readvances and ice recession.

Varve records and related records of deglaciation and climate in New England are also key factors in understanding the earliest occupation of the landscape by humans and other organisms. Learn more about my current research in the North American Glacial Varve Project.

An additional, more local, research interest of mine is the geology of the Middlesex Fells Reservation, the largest forest preserve in an urban area in the U.S. Since 2008, I have satisfied my addiction to field geology by working in the Middlesex Fells. It has been very educational and rewarding to involve myself in local glacial geology as well as bedrock geology.

I have produced two geologic maps of the Fells, one is a surficial geologic map that shows mostly glacial deposits as well as glacial striations and large glacially transported boulders. This is in preparation for an attempt, in collaboration with colleagues at other universities, to determine cosmogenic nuclide ages for large boulders, which will indicate the age of the last deglaciation in the Boston area. Work on a second map, begun in 2012 and ongoing, shows the bedrock geology of the Fells, mapped at a very large scale (1:4600). Future work in this area will investigate the paleomagnetism of the Fells rock formations. Learn more about my Fells research and outreach project, The Geology of the Middlesex Fells.
Read More Career Highlights / Publications Research Professional Activities Courses / Teaching Activities