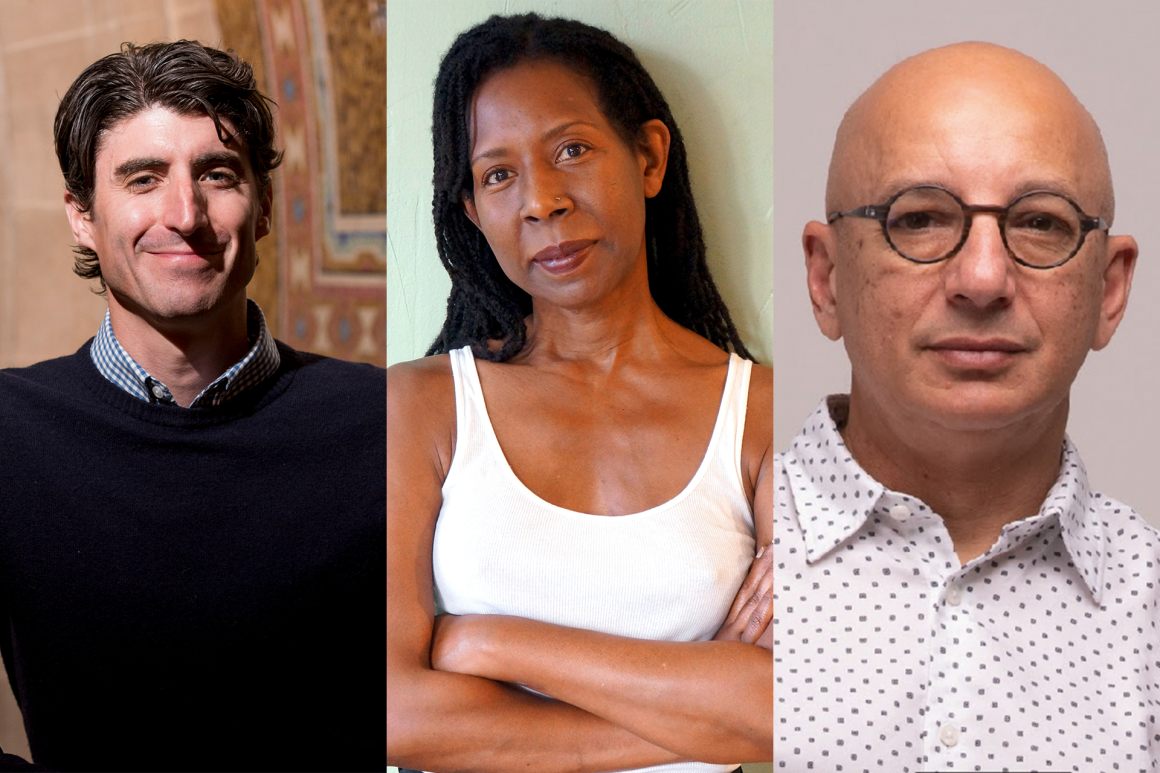 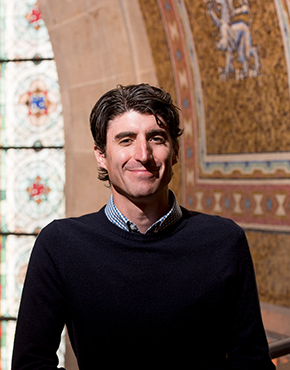 From the Woods to the Classroom

Growing up in Central Massachusetts and then Cape Cod, future archaeologist and anthropologist Craig Cipolla spent a lot of time in the woods. It turned out to be a formative experience.

"When they were younger, most archaeologists went to museums and traveled the world," he says. "That wasn't my entry point. Seeing stone walls and other archaeological traces in the woods made me wonder how I fit into the puzzle of this place. What's the deeper history of this land, and how do I fit in?"

Cipolla went on to earn his BA in anthropology and MA in historical archaeology from the University of Massachusetts Boston and his PhD in anthropology from the University of Pennsylvania. In his research, he focuses on North American archeology, particularly New England and the Great Lakes, over the past 500 years. His main interests include colonialism and capitalism, Indigenous collaborative archeology, and archaeological theory.

Since 2010, Cipolla has held a series of academic positions in the United States, United Kingdom, and Canada. Most recently, he was Curator and Vettoretto Chair of North American Archaeology at the Royal Ontario Museum and Associate Professor of Anthropology at the University of Toronto. After being away from his beloved Massachusetts for 12 years, he is excited to settle down here with his partner, two children, and dog and to continue his career at Tufts.

"I've learned through museum curation that my strengths lie in research and teaching, and at Tufts, I'll be able to integrate the two," he says. "Working at a strong liberal arts university like this has always been appealing, and to get this opportunity is almost too good to be true. I'm also looking forward to giving Tufts students archaeological field experience in New England and, more broadly, North America."

Cipolla will teach two courses this fall: "Archaeology of the Modern World" and "Archaeology and Colonialism." 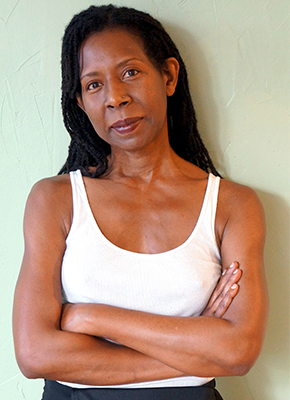 A Diverse Stew of Influences

Multimedia artist Soulé Déesse lived in Haiti, Jamaica, Cuba, and France before arriving in the United States at age 15. Along the way, she was raised by her grandparents, devoted Muslim and Vodou practitioners who were natives of Benin and Togo, respectively, as well as Jamaican, British, and Israeli relatives. Her unique upbringing has had a major influence on her worldview and her art.

"My work is marked by a deeply seated desire, a natural inclination, to cross and expand boundaries and to promote connections among all human beings regardless of race, gender, class, or language," she says. "I've always strived to summon the power of imagery and object-making to represent what I experienced and the state of the world as I found it, unfortunately including injustice, trauma, and death."

As a child, Déesse learned how to draw symbols of the Vodou religion from her grandmother, a Vodou priestess. She began her formal training in painting and drawing at Wayne State University. There, she studied under the late Peter Williams, who opened her eyes to the prospect of pursuing a career as both an educator and a working artist.

In her art practice, Déesse draws on her Afro-Caribbean roots. Her work incorporates drawing, painting, site-specific installation, sculpture, video, experimental sound, performance, and oral storytelling. (You can see samples of a recent installation on her website.)

Déesse taught at the University of Colorado Boulder for 15 years before joining the faculty of SMFA at Tufts. In her first semester, she will teach "Advanced Drawing and Text" and "Graduate Group Critique." She can't wait to get started.

"The all-star faculty, working with a broad, diverse body of students, the amazing facilities, and the opportunity to build new connections between art-making and other areas—that's what attracted me to this opportunity," she says. "SMFA feels like a really natural fit. They're invested in thinking about the future, and I'm excited to be part of it." 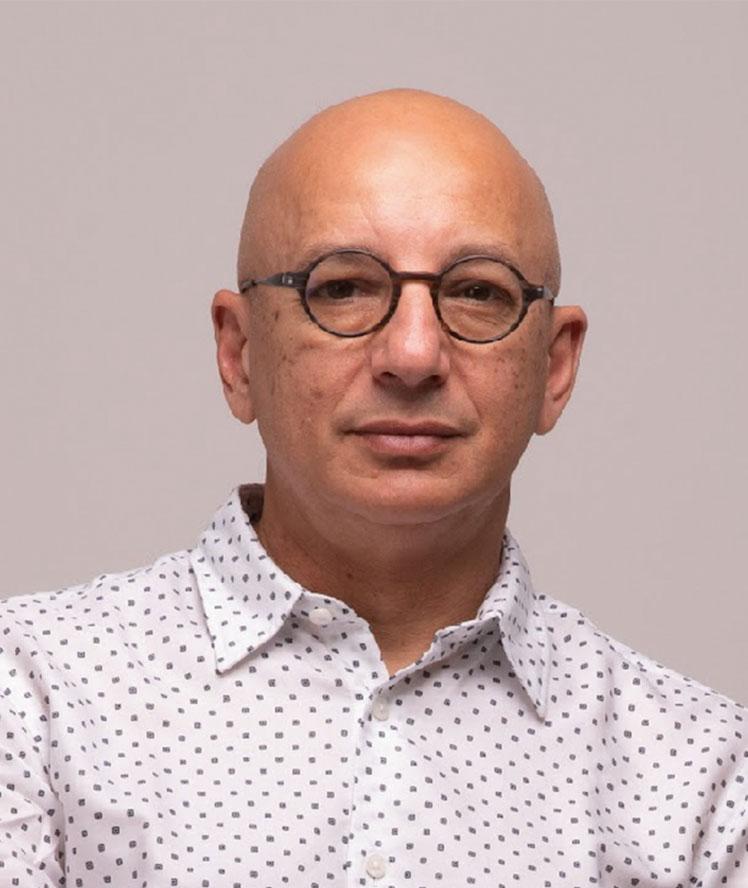 An Authority on Modern Egyptian History

Khaled Fahmy is a historian specializing in the social and cultural history of 19th century Egypt. For years, research for his books, scholarly articles, and other publications centered on archival materials in the Egyptian National Archives in Cairo. However, for his current project—a social and cultural history of the 1967 Six-Day War (or Third Arab-Israeli War)—he has taken a different tack.

Over the past five years, Fahmy has been scouring magazines and newspapers from the era along with first-hand accounts of soldiers, generals, politicians, and others. He has also immersed himself in the cultural artifacts that commented on the war and its aftermath, including plays, movies, novels, poetry, and songs. While he plans to write a book eventually, he has generated a host of blogs and other social media content in the meantime.

"I'm trying to understand the meaning of the defeat, which was catastrophic, from the perspective of Egypt and the other Arab countries," says Fahmy, who was born and raised in Egypt. "I'm making the argument that it wasn't just a military defeat, but also a cultural and societal defeat—much like that of the South in the Civil War. But I'm also interested in engaging with the Israeli narrative, which sees it as an amazing military victory, while challenging the meaning of that victory as well."

Fahmy comes to Tufts from the University of Cambridge, where he taught modern Arabic studies and directed the Walid bin Talal Centre of Islamic Studies. This fall, he will teach "Advanced Special Topics: Middle East/Central Asia" and an undergraduate seminar based on his 2018 book, In Quest of Justice: Forensic Medicine and Islamic Law in Modern Egypt.

"I've always been very interested in Tufts and in the history department, whose faculty have such diverse backgrounds and research interests," Fahmy says. "And I'm looking forward to introducing students to the Middle East, Islamic culture and civilization, modern Arab politics, the Arab-Israeli conflicts, the politics of oil, the phenomenon of political Islam, the Arab Spring, and the question of democracy in the Arab region."