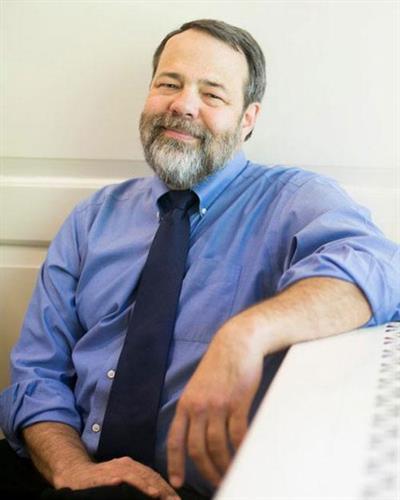 Dr. Cook has studied animal cognition and behavior for over twenty-five years. His NIH-supported comparative research has focused extensively on stimulus control, discrimination learning, and memory in animals. His lab currently studies, pigeons, starlings and humans. He received his BS in Psychology from the Ohio State University and his PhD in Biopsychology from the University of California, Berkeley. He was also an NRSA Postdoctoral Fellow at the University of Texas Health Science Center, Houston before his position at Tufts. He is currently serving as Dean of the Graduate School of Arts and Sciences. He also the publisher of Comparative Cognition & Behavior Reviews and has been on the editorial board of the top journals in animal cognition. He has also been active in broadening the impact and public visibility of the area's scientific work by use of the Internet with the publication of the multimedia cyberbooks Avian Visual Cognition and Animal Spatial Cognition.

Dr. Cook's research interests are in the general area of comparative animal cognition. In particular, he has been interested in the mechanisms of visual and auditory perception and discrimination learning in pigeons, starlings and humans. Birds generally behave as if they perceive, learn, and act upon an object-filled visual world. The ultimate goal of his research is to understand how these small autonomous systems form accurate perceptions of the world and use this information to learn about and predict relations among real world objects and events. His projects have looked at action recognition, same-different concept learning, the integration of temporal information, equivalence class formation, object perception, picture perception, motion perception, texture perception, the serial organization of behavior and neural mechanisms underlying these behaviors

Students are always welcomed to get involved with his research through an independent research course or on a volunteer basis. If interested, please contact Professor Cook.