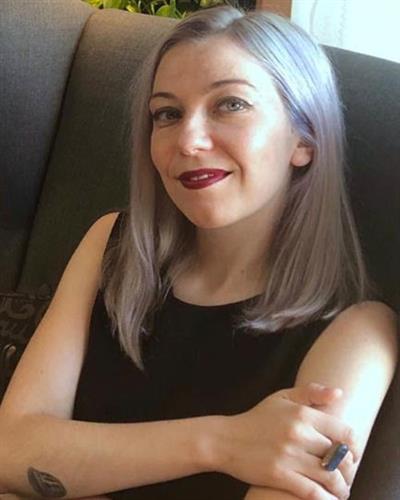 Alexandra Chreiteh (Shraytekh) is Mellon-Bridge Assistant Professor of Arabic and International Literary and Visual Studies. She holds a Ph.D. in Comparative Literature from Yale University.

Her work is at the intersection of transnational literature, literary history and theory, visual studies, race and ethnicity studies, women and gender studies, environmental studies, queer studies, and disability studies. Her current book project, tentatively titled Other Realisms: A Theory of the Arabic Fantastic, examines a seismic shift in Arabic political aesthetics that, through activating the realm of the supernatural, renders visible those who remained in the shadows of the Arab postcolonial project—ethnic, religious, gender, and sexual minorities, as well as people with disabilities, migrant workers, and refugees. Her second book project, tentatively titled Arab Horror, narrates the resurgence of horror narratives in Arabic literature and film. It examines the ways in which horror cues cultivate corporeal and emotional responses from the audience in order unveil the public's participation in perverse and deviant modernities.

Her work has appeared in the Journal of North African Studies, and in a volume on magical realism edited by Chris Warnes and Kim Sasser, forthcoming from Cambridge UP. She has taught courses on Arab Spring and popular culture; the fantastic; border crossings in literature and film; Mizrahi literature and film; and literary and filmic monstrosity. In addition to her academic work, she is the author of two novels in Arabic, Always Coca-Cola and Ali and his Russian Mother. Her novels have been translated to English by Michelle Hartman and to German by Christine Batterman. She is at work on her third novel.
Read More Career Highlights / Publications Professional Activities Courses / Teaching Activities