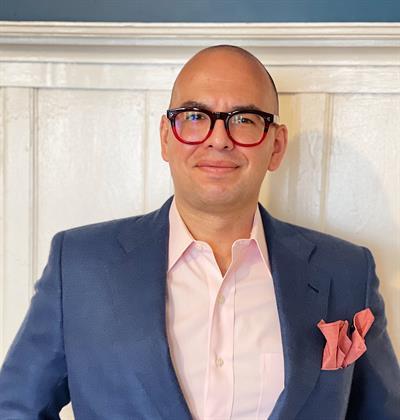 Noe Montez is the author of Memory, Transitional Justice, and Theatre in Postdictatorship Argentina. The book considers how theatre, as a site of activism, can produce memory narratives that change the public's reception to governmental policies on human rights violations. He is also the editor of the translation of Argentine playwright Santiago Loza's work, titled Nothing to Do with Love and Other Plays, (co-edited with Loza and Samuel Buggeln). Currently, he is writing a book about Black activism in contemporary U.S. sports, collaborating with Olga Sanchez Saltveit on the Routledge Companion to Latinx Theatre and Performance, and developing a project on the intersections between Critical University Studies and the discipline of Theatre and Performance Studies. From 2018-2021, Noe served as the editor of Theatre Topics.

Noe has presented his academic work for several organizations and conferences including: the American Society for Theatre Researchers, the Association for Theatre in Higher Education, the Modern Language Association, the American Studies Association, the Latin American Studies Association, the Hemispheric Institute of Politics and Performance, the Comparative Drama Conference, the Mid-America Theatre Conference, the Latinx Theatre Commons, and Situating August Wilson in the Canon and the Curriculum Conference at Howard University. As ATHE's Vice President for Professional Development, he authored the association's tenure and promotion guidelines. He will begin serving as ASTR's Vice President for Publications in November, 2022

In 2012, Dr. Montez directed Welcome to Arroyo's, the Department of Theatre, Dance, and Performance Studies' first staging of a production written by a Latino playwright. Noe has also directed productions of Krapp's Last Tape, Footfalls, Next to Normal, and An Enemy of the People on the Tufts campus. Outside of campus, He is a freelance actor and director who has directed or performed at Cleveland Public Theatre, Theatre Ninjas, Phoenix Theatre, Sleeping Weazel, Fifth Floor Collective, and the Bloomington Playwright's Project. He has served on the board of directors for Boston's Company One Theatre. Noe also teaches as affiliate faculty for the Consortium for Race and Diaspora.

Montez received a grant from the American Society for Theatre Research for his work convening the 4th Symposium on PhD Programs in Theatre and Performance Studies, Tufts Innovates and Tufts Collaborates grants for his work on academic job markets outside of the professoriate, the Mid-America Theatre Conference Robert A. Schanke Award, the Tufts Faculty Multicultural Service Award, a Neubauer Faculty Fellowship in 2012-2013, and a fellowship with the Center for Humanities at Tufts from 2015-2016. He also received the 2021 Graduate School of Arts And Sciences Award for Outstanding Mentorship and Advising of Graduate Students.