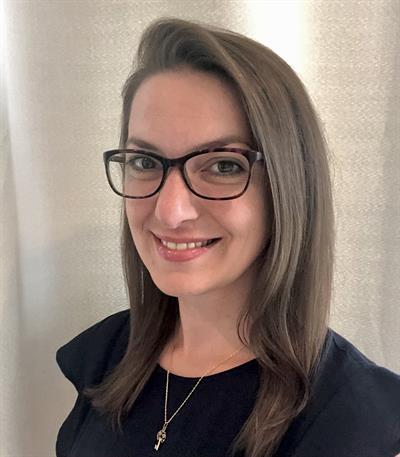 Alice Isabella Sullivan is a historian of medieval art, architecture, and visual culture, specializing in the artistic production of Eastern Europe and the Byzantine-Slavic cultural spheres. Her current projects focus on the history, art, and culture of regions of the Balkan Peninsula and the Carpathian Mountains (especially in modern Romania), which developed at the crossroads of the Latin, Greek, and Slavic traditions. Her research has been supported by fellowships and grants from Tufts University, Princeton University, the University of Michigan, the Center for Advanced Study in the Visual Arts (CASVA), the American Council of Learned Societies (ACLS), the Getty Foundation, the Medieval Academy of America (MAA), the Renaissance Society of America (RSA), the International Center of Medieval Art (ICMA), the Society of Historians of East European, Eurasian, and Russian Art and Architecture (SHERA), the Kress Foundation, the VolkswagenStiftung, and the Andrew W. Mellon Foundation, among others.

She has published in peer-reviewed journals including The Art Bulletin, Speculum, Gesta, Studies in History and Theory of Architecture, Museikon, Metropolitan Museum Journal, Romanian Medievalia, PHRONEMA, and Rutgers Art Review. She is author of The Eclectic Visual Culture of Medieval Moldavia (in press), and co-editor of the following volumes:
- Byzantium in Eastern European Visual Culture in the Late Middle Ages (Brill, 2020)
- Eclecticism in Late Medieval Visual Culture at the Crossroads of the Latin, Greek, and Slavic Traditions (De Gruyter, 2022)
- Natural Light in Medieval Churches (Brill, 2023)
- Lateness and Modernity in Medieval Architecture (Brill, 2023).

Alice is the co-founder of several digital projects: North of Byzantium and Mapping Eastern Europe are two initiatives that explore the medieval history, art, and culture of the northern frontiers of the Byzantine Empire in Eastern Europe. During her time at the University of Michigan, Alice also spearheads the Sinai Digital Archive initiative, which makes the collections of religious icons, manuscripts, and liturgical objects from Saint Catherine Monastery at Mount Sinai – held in archives at the University of Michigan and Princeton University – better known and accessible to students, teachers, researchers, and the wider public.