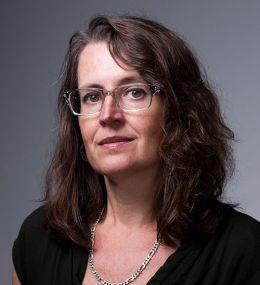 Lecturer, Visual and Material Studies
Lecturer, History of Art and Architecture
emily.gephart@tufts.edu
230 The Fenway, Room B311
Research/Areas of Interest: Her research spans many forms of visual culture: she has published and presented on how new scientific approaches to the unconscious mind informed the work of American artists and critics in the early 20th century; on poetic satire and pictorial criticism of modernism in the 1916 Spectra hoax; on transatlantic encounters with the oceanic commons in art; on coordinated human and animal aesthetics in millinery fashion; and on the fabrication and perception of fly fishing lures, among other examples of 19th century 'ecologies of mind.'

Emily Gephart is a historian of the Art and Visual Culture of the United States, with an emphasis on ecocriticism and on the history of perceptual psychology. She has a PhD from the Massachusetts Institute of Technology in the History, Theory and Criticism program, and holds a MA in Art History from Tufts University and a BA in Art History and Studio Art from Oberlin College.

Her published articles and reviews have appeared in journals such as Cabinet Magazine (2001); Imago Musicae: International Yearbook of Musical Iconography (2014-15); Nineteenth Century Art Worldwide (2015); The Bulletins of the Serving Library (2015 and 2016); American Studies Journal (2016); Panorama (2019); and William James Studies (2017); as well as in anthologies of essays devoted to fashion history and the architecture of modern department stores (2017).