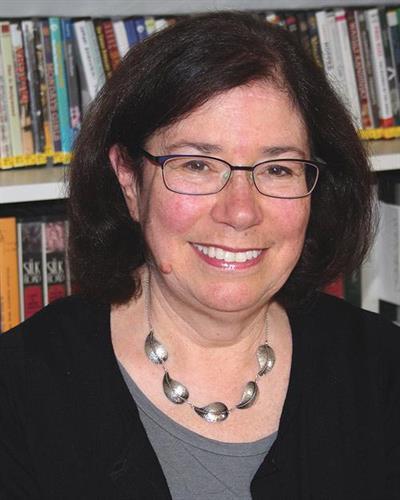 Eva R. Hoffman teaches courses including Islamic Art, the Art of the Medieval Mediterranean World, Iconoclasm and Iconophobia, Orientalism, and Art and Exchange across Cultures. For many years she served as the faculty coordinator of the two-semester introductory survey course of Art History, Art, Ritual and Culture, and Art, Politics and Culture. She also served as Director of Undergraduate Studies in Art History (2000-2010). She is a founding member of the Program of Middle Eastern Studies and served as Director of Middle Eastern Studies (2007-2010).

She has written and lectured on portable objects, Christian-Islamic exchange, painting in Islamic Art and the early-illustrated Arabic book. Her current research focuses on visual and cultural exchange of the Mediterranean. She edited the anthology, Late Antique and Medieval Art of the Mediterranean World, Blackwell Press, 2007. She is currently writing a book on the circulation of art and culture of the medieval Mediterranean, that explores the complex visual formations and intersections that took place across religious and political boundaries of the Mediterranean in European, Islamic, and Byzantine realms. During the spring term 2020, she will be in residence at the Getty Research Institute as a Getty Museum Scholar, to complete her book.