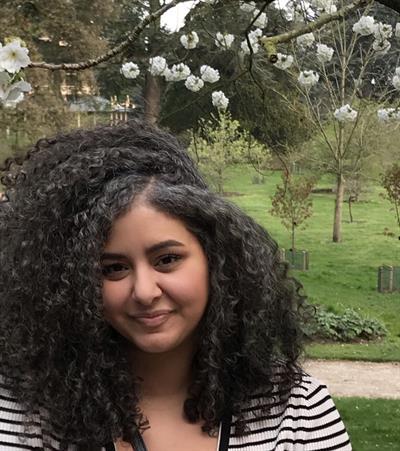 Miriam Said is an art historian specializing in the art and architecture of the ancient Near East and Mediterranean world in the first millennium BCE. She is interested in materiality studies, technologies of magic, gender, and the intersection of pop culture and antiquity. Her research has been supported by the Center for Advanced Study in the Visual Arts, the Andrew W. Mellon Foundation, and The Metropolitan Museum of Art. She welcomes graduate students with interest in ancient art history, material culture and visual studies.

Said's current book project explores apotropaia depicting Mesopotamian demons. Deploying a phenomenological approach, her research foregrounds the intersection of human-object relationships, materiality, presence, scale, and textual inscription with the goal of reconstructing the vibrant histories of these objects and their ritual function and animation. She argues that these powerful, small-scale amulets and figurines were not merely iconographic reflections of knowledge captured in writing, but contained within themselves entire sets of relational experiences. This project reshapes existing understandings of Assyrian perceptions of divine and demonic bodies, their representations within and outside of contexts of imperial art, as well as the materialities of intangibility and ephemerality in the first millennium BCE.

In addition to her research and teaching, Said has previously worked in curatorial and museum education departments at The Metropolitan Museum of Art, The Museum of Modern Art in New York, and The Walters Art Museum.
Read More Career Highlights / Publications Courses / Teaching Activities