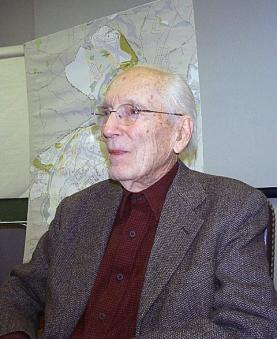 Hermann Field is the co-author with Kate Field of Trapped in the Cold War: the Ordeal of an American Family, published in 1999 by Stanford University Press.

He was born in Zurich in 1910, the second son of an American zoologist and his English wife. After his father's premature death, his mother took her children to the United States. Hermann graduated from Harvard College in 1933 and subsequently studied architecture at Harvard and then in Zurich.

After completing an architectural assignment in England in 1939, he volunteered as the administrator of the Czech Refugee Trust Fund, a British relief organization, in Krakow, Poland, and then in England after the war began. Beginning in 1940, he worked in architectural offices in New York and in 1947 for Western Reserve University in Cleveland until his abduction during a summer vacation abroad in 1949.

After his release 5 years later, he lived in Boston as planner for the Tufts New England Medical Center and subsequently initiated the Department of Urban and Environmental Policy at Tufts University. He was a Fellow of the American Institute of Architects and Professor Emeritus at Tufts University. Since his retirement in 1978 he continued to be active in environmental issues at the local, regional and global levels.