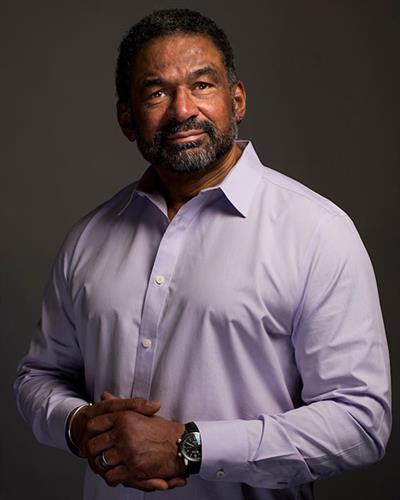 Julian Agyeman Ph.D. FRSA FRGS is a Professor of Urban and Environmental Policy and Planning and Fletcher Professor of Rhetoric and Debate at Tufts University. He is the originator of the increasingly influential concept of just sustainabilities, which explores the intersecting goals of social justice and environmental sustainability, defined as:

the need to ensure a better quality of life for all, now, and into the future, in a just and equitable manner, whilst living within the limits of supporting ecosystems.

Born and trained in the UK, he has a B.Sc. in Geography and Botany (University of Durham, 1980), an MA in Conservation Policy (Middlesex University, 1987), and a Ph.D. in Urban Studies (University of London, 1996). He identifies himself as a critical urban planning and environmental social science scholar.

His combined science and social science background, together with extensive experience in local government, consulting, working for, and board-level advising of NGOs and community-based organizations in the UK and US, helps frame his perspectives, research and writing. This enables him to thrive at the borders and intersections of a wide range of disciplines, knowledges and methodologies which he uses in creative and original ways.

He centers his research on critical explorations of the complex and embodied relations between humans and the urban environment, whether mediated by governments or social movement organizations, and their effects on public policy and planning processes and outcomes, particularly in relation to notions of justice and equity.

He believes that what our cities can become (sustainable, smart, sharing and resilient) and who is allowed to belong in them (recognition of difference, diversity, and a right to the city) are fundamentally and inextricably interlinked. We must therefore act on both belonging and becoming, together, using just sustainabilities as the anchor, or face deepening spatial and social inequities and inequalities.

His key research contributions are in:

planning in, and for Sharing Cities;

planning in, and for intercultural cities.

Worldwide, he is recognized as a public intellectual, an innovator and thought leader. His Google Scholar citations highlight the (academic) impacts of his peer reviewed work which have placed him in the top 15 most highly cited urban planning academics in North America. His wide-ranging and influential journal articles include Mind the Gap: Why do people act environmentally and what are the barriers to pro-environmental behavior? (2002). It is the single m
Read More Career Highlights / Publications Research Professional Activities Courses / Teaching Activities