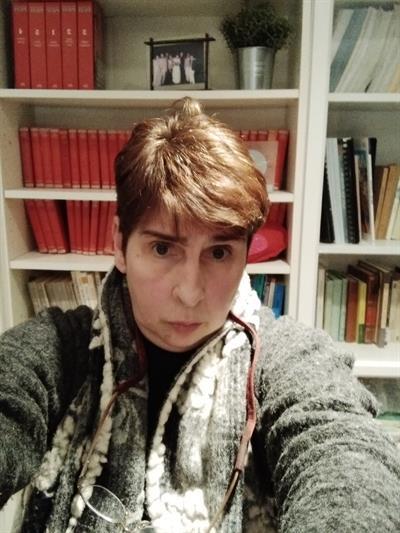 I fell in love with Classics when I was a teenager and discovered the rigorous simplicity of Greek and Latin. Over the years, I have turned what began as a passion into a career (despite efforts to convince me otherwise), and now I spend my life reading and writing about ancient texts. I am particularly interested in literary genres - how can we define a literary genre and how does the frame of a literary genre condition our reading of a text? In particular, I have worked with the epic genre. Apart from the many articles, I have published a book on Virgil's Aeneid (Contexts of War, Manipulation of Genre in Virgilian Battle Narrative, University of Michigan Press, 2004) and edited a volume, titled Ennius and the Invention of Roman Epic (Arethusa, 2006), on his epic predecessor Ennius. In both works, I study the relation between historiography and epic and the overlapping of their narrative codes. I further analyze the relation of epic and political power and the ways that Roman epic genre challenges and problematizes Roman political discourse. Presently, I am finishing a commentary on Aeneid 10 and am working on another major project, a commentary on Livy's account of the final phase of Rome's war against Hannibal (Ab urbe Condita 30). In this work, I hope to show that Livy's text, the only extant account of the Second Punic War in Latin, not only allows the modern reader to analyze one of the defining moments of Roman history from a specifically Roman perspective, but also provides a critical insight into the complex ways that this 'Augustan' historian recasts the Roman past and refashions Roman national identity in light of Rome's new political events (civil wars and the principate of Augustus).
Read More Career Highlights / Publications Professional Activities Courses / Teaching Activities