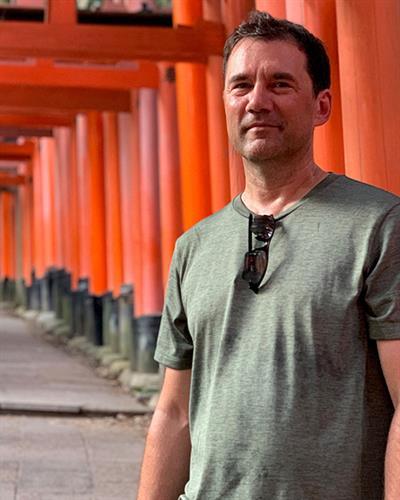 Matthew Harrington's current research in language and pedagogy is centered in the editing and publication of digital commentaries on Latin and Greek texts fully diagrammed and analyzed sentence by sentence, where every word, clause, and phrase is morphologically identified, syntactically labeled, and connected to the word or structure that it modifies: a treebank. While he is independently completing the treebanked commentaries on the Satires of Juvenal and other texts, collaborative analysis and publication with students forms the bulk of this effort. Latin and Greek students from the third semester to advanced MA-level courses analyze sections of the assigned texts, collaboratively contributing to making additional commentaries globally available, while refining their control of Latin and Greek morphosyntax/semantics/style at a granular level. After the submission of final drafts by the students, M. Harrington collates and edits each of the texts, resulting in the current treebanked commentaries published within this project.

This form of analysis is a resource for making even the most complex Latin or Greek transparent, allowing students of the language at all levels to work toward a full appreciation of the semantic nuance of the texts. Concurrently, as machine-actionable XML data sets, these treebanks will form the basis of quantitative analysis of Latin and Greek stylistics and usage as further texts are added to the fully-analyzed corpus.