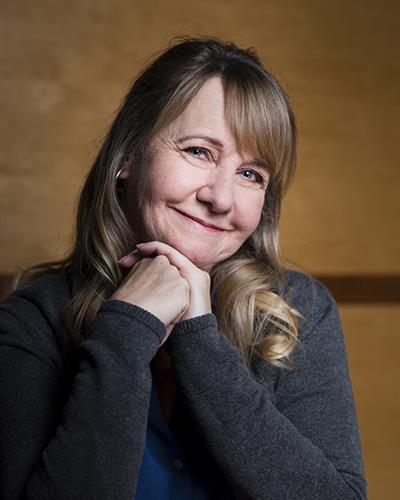 Senior Lecturer, Eliot-Pearson Department of Child Study & Human Development
Lecturer, Public Health and Community Medicine
(617) 627-4744
julie.dobrow@tufts.edu
Braker Hall
Research/Areas of Interest: Children and media; ethnicity/gender and media; adolescents and media use. I am currently working on a three-tiered interdisciplinary research project along with Chip Gidney, Mary Casey, and Cynthia Smith at Eliot-Pearson, as well as faculty in several other departments at Tufts. The first piece of this project is a long-running content analysis of children's animated programming. We are updating prior work we've done that investigates images of race, ethnicity and gender in children's animated programming using both content and sociolinguistic analysis. The second part of this research is an exploration of why stereotyping persists in children's media. We are examining this through intensive interviews with content creators, writers, directors, vocal casting directors, and actors. The third part of the project is empirical research we're conducting with children, to see how children make sense of gender, race, and ethnicity in the animated programs they see. My applied work includes doing many media literacy workshops for parents and for children and for children in a variety of settings, and consulting work with colleagues at WGBH, one of the leading creators of children's educational media. I have written about children and media issues in a variety of academic and popular venues. My other research is historical in nature. I've written one biography of the relatively unknown mother/daughter team who made Emily Dickinson into one of the most-known women anywhere in the world, and am starting work on a couple of other biographical projects.

Julie Dobrow has an A.B. from Smith College in Anthropology and Sociology, and holds M.A. and Ph.D. degrees in media studies from the Annenberg School for Communication at the University of Pennsylvania. Much of her research centers on the content and effects of media on children; on issues of gender and ethnicity in media; and on how children make sense of these images in the world of animated programming. Dobrow's other main research interests are in the intersection of history and communication studies and in biography.

Her book, Outside Emily's Door: Two Remarkable Women and the Legacy of America's Greatest Poet, was published by WW Norton and Company in 2018. Dobrow has worked professionally as a journalist and runs workshops on media literacy training for parents, teachers, and students. She has written a blog on children and media issues for the Huffington Post, in addition to writing freelance pieces for the Boston Globe Magazine and other publications.

Dobrow's work at Tisch College focuses on developing and teaching courses in the area of Civic Media, mentoring Tisch College faculty, advising students in the Civic Studies major, coordinating internships for students that focus on issues of media and civic engagement, and putting on events such as the annual Edward R. Murrow Forum on Issues and Journalism.

Outside of Tufts, Dobrow has volunteered extensively on town boards and committees in her community in educational and environmental realms. She also serves as vice president of the Boston Authors Club.
Read More Career Highlights / Publications Research Professional Activities Courses / Teaching Activities