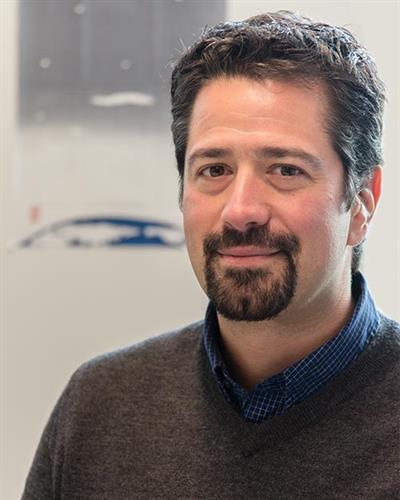 Professor, Physics & Astronomy
Academic Leave
(617) 627-2756
danilo.marchesini@tufts.edu
574 Boston Ave
Research/Areas of Interest: Astronomy; galaxy formation and evolution; extra-galactic surveys; active galactic nuclei; near-infrared astronomy Understanding how galaxies form and evolve means understanding how the tiny differences in the distribution of matter inferred from the cosmic microwave background radiation grew and evolved into the galaxies we see today. The working hypothesis is that galaxies form under the influence of gravity, and galaxy formation can be seen as a two-step process. First, the gravity of dark matter causes the tiny seeds in the matter distribution to grow bigger with time. As they grow more massive, the gravitational attraction becomes stronger, making it easier for these structures to attract additional matter. As the dark matter structures grow, they pull in also the gas, made of hydrogen and helium, which is the primary ingredient for the formation of stars, and hence for the formation of the stellar content of galaxies. The formation of the stellar content inside these dark matter structures involves many physical processes that are much more complicated and quite poorly understood from a theoretical perspective. These physical processes include, for example, how gas cools and collapses to form stars, the process of star formation itself, merging of galaxies, feedback from star formation and from active super-massive black holes. My research activity in the past decade has focused on understanding how galaxies formed after the Big Bang, and how their properties (e.g., the stellar mass, the level of star formation activity, the morphology and structural parameters, the level of activity of the hosted super-massive black hole, etc.) have changed as a function of cosmic time. Since we cannot follow the same galaxy evolving in time, we need to connect the galaxies we observe at a certain redshift (i.e. a certain snapshot in time) to those we observe at a smaller redshift (i.e., at a later time in cosmic history) in order to infer how the properties of galaxies have actually changed and what physical mechanisms are responsible for these changes. The better we understand the galaxy properties at a certain time and the more finely in time we can probe the cosmic history, the easier it becomes to connect galaxies' populations seen at different snapshots in time, linking progenitors and descendants across cosmic time. Ultimately, my research aims at understanding what galaxy population seen at one epoch will evolve into at a later epoch, and what physical processes are responsible for the inferred changes in the galaxies' properties. In order to do this, I have adopted two different but complementary approaches. The first approach consists of statistical studies of the galaxy populations at different cosmic times; the second approach consists of detailed studies of individual galaxies to robustly derive their properties.